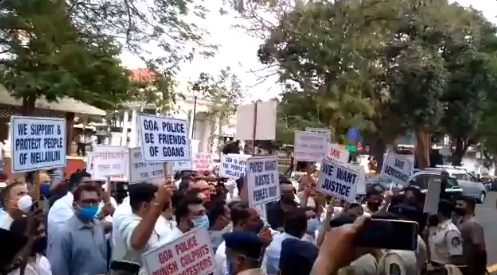 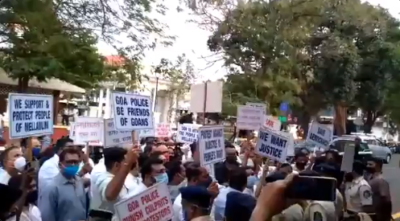 The protesting congress workers said that CM Pramod Sawant will not succeed to suppress their voices using SEC 307 of IPC.

LoP Digambar Kamat said that the arrest of Protestors & selectively targeting Congress functionaries by Goa Police will further escalate the Agitation at Shel-Melauli.

“I demand immediate intervention of Goa CM to release all those arrested so far & withdrawal of all FIR’s filed against Villagers,” said Kamat

“Goa CM will not succeed to suppress our voice using Sec. 307 of IPC,” said Chodankar