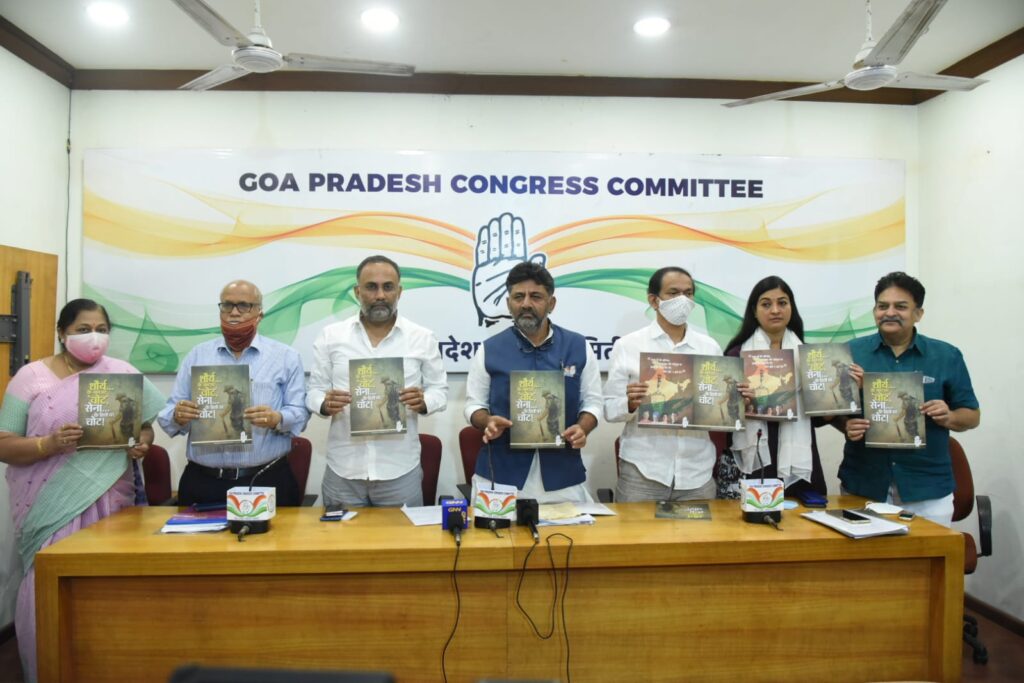 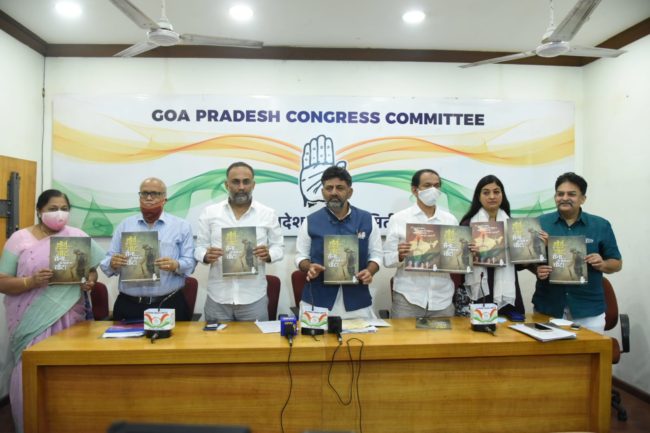 Goemkapronn desk
PANAJI: In a scathing attack on the Modi Government for giving step-motherly treatment to defence personnel’s of the country, KPCC President D K Shiv Kumar on Friday said that youths of Indian and so of Goa are suffering due to failures of the double engine.
“Give us the opportunity to form a government, and we promise to protect communal harmony, give corruption-free and stable, strong government,” Shivkumar said.
Shivkumar addressed a press conference in Panaji and said that the Modi government has curtailed the benefits given to defence soldiers.
The leader of the opposition, Digambar Kamat, AICC Incharge Goa Dinesh Gundu Rao, AICC Media Incharge – Goa Alka Lamba, GPCC President Shri Girish Chodankar, Pratap Rathod and Mahila President Beena Naik were present on occasion.
He said that around 1,22,555 posts are vacant in the defence areas. “Modi government is compromising the security of the country. It also deprived 30 lakh, ex-servicemen from benefiting from ‘One Rank One Pension. The Congress government always worked in the interest of our soldiers, but the BJP is doing politics also on security.” He said.
He informed that on 17.02.14 the Congress Government had issued an order and approved the OROP with effect from 01.04.14. But BJP rejected it, issued a new order on 07.11.15 and completely snatched the OROP rights. The order said that military personnel who took voluntary retirement after 01.07.14 in these three services will not get One Rank One Pension.
Shivkumar said that the Modi government also rejected the demand to revise the pension of 30 lakh soldiers every year and reduced this period to 5 years, making OROP ‘one rank, five pensions’ instead of ‘one rank one pension.
He said that the Ex-Servicemen Health Scheme (ECHS) facility also suffered as this budget was cut by Rs 1990 crore compared to last year.
He said that the Modi government restricted the purchase of goods in the CSD canteen, and the GST was imposed. “The Modi government imposed a tax on soldiers’ ‘disability pension’. This is shameful.” He said.
He informed that Congress governments always worked in the interest of ex-servicemen, and they were engaged in workplaces like petrol pumps, gas agencies, coal shipments, transport contracts, government security contracts after retirement. “However, these facilities have almost ended during the tenure of the Modi government as due to privatization, petroleum companies do not give such reservations, and government companies have also gradually stopped this facility.” He said.
“Goans should understand how the Modi government has failed to deliver. Hence, I appeal to the people of Goa to give one opportunity to Congress and witness development. Congress has always delivered whatever promised.” He said.