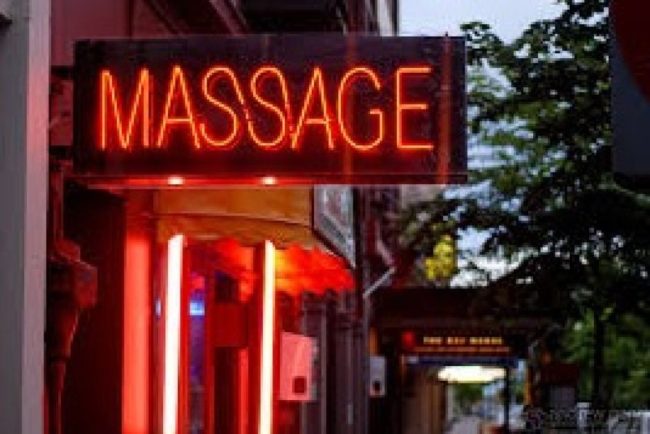 CALANGUTE: Last week, when the Chief Minister, Dr Pramod Sawant, announced that he would close down all illegal massage parlours and dance bars in the State, one felt that the coastal areas would be free from teh illicit trade but doesn’t seem to be the case.
The CM had even said that the police would crack down on such illicit trade from Monday, June 6.
Not Monday, but the Calangute Police, led by Porvorim DySP, under the supervision of North Goa SP Shobit Saxena, started inspecting of the massage parlours.
The police visited (cannot be called raid) 25 massage parlours and found that 20 of them were closed and only five were opened.
Police said, “20 massage parlours were found shut; of the 5 operational, 2 were found violating conditions laid by the competent authorities against whom closure report is being forwarded for necessary action.”
However, the story seems to be something else.
Calangute locals, who spoke to Goemkarponn on condition of anonymity, said that the massage parlours were closed because police had already informed them about the raids.
“If the police inform the world and say they will raid massage parlours, will any illegal business remain open?” they asked.
“We are sure the police have called the massage parlours and dance bars that they are coming at a particular time, and you, please shut down, and that is the reason why 20 parlours were shut. Simple logic?” they said.
Sources revealed that if police were so serious about the raids, why did they announce and come.
“Now again, if they are serious, they should order the closure of all 20 massage parlours and dance bars closed during the inspection,” they said.
Locals also said that the police ignored some dubious joints on Wednesday and inspected selected ones.
The action follows the orders from the chief minister, who has directed all the police stations to crack down on illegal massage parlours across the State after the recent incident of attack on tourists from neighbouring Maharashtra at a beauty parlour in Mapusa town.
Sawant on Sunday visited the Calangute police station and later went to the beach to hold a meeting with police officers.
“I have directed the police to start cracking down on illegal massage parlours immediately across the state,” the chief minister told reporters.
Henceforth, police inspectors will be held responsible for any illegal parlours operating in their areas of jurisdiction, he said.
“Action will be taken against the officers who fail to shut down such illegal establishments,” Sawant said. The CM also said the state police personnel will soon start patrolling in civil clothes near the beaches and the number of officers will be increased in the upcoming tourist season after the monsoon.
Meanwhile, the BJP’s Goa medical cell on Monday demanded that all the legal spas and massage parlours in the coastal State be covered under a regulatory body and illegal ones shut down.
Goa BJP medical cell chief Dr Shekhar Salkar said all the spas and massage parlours operating in the State with requisite permissions should come under a regulatory body so that the government does not lose revenue while people and tourists are not cheated and taken for a ride.
Salkar said illegal spas and massage parlours operating under the guise of Ayurveda centres are spoiling the reputation of Goa. He has sought clarification on rules governing or operating spas/ massage parlours and other beauty or cosmetics-related activities like tattooing, hair transplant, piercing etc. He said these activities should come under the Clinical Establishment Act.
“All Ayurveda practitioners, centres, and wellness clinics/centres having medical health professionals should come under the Clinical Establishment Act,” he said.
Salkar demanded the formation of an independent cell with a designated nodal officer of Goa Police with adequate members for the North Goa and South Goa districts to inspect and take action against illegal activities under the guise of massage parlours.