CORRUPTION IN EVERY PURCHASE 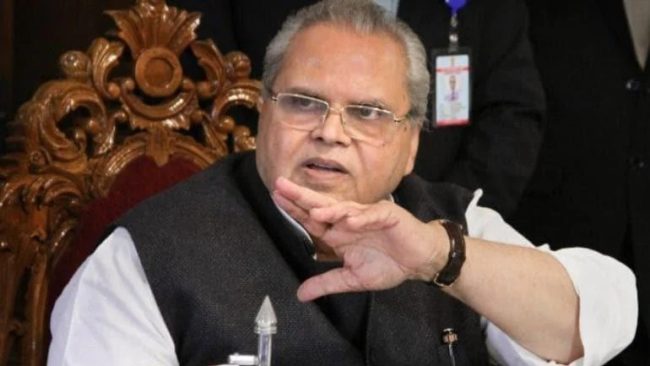 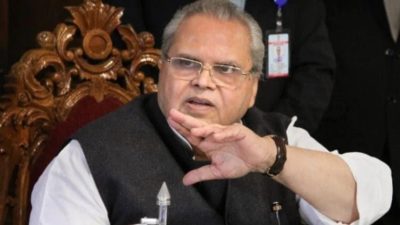 Goemakrponn desk
PANAJI:
The Meghalaya Governor Satyapal Malik has opened the pandora’s box in his revelation to the national channel on COVID19 corruption during his tenure as Goa Governor.
In his interview, Malik made serious allegations against the CM Pramod Sawant, who he accused of total corruption during COVID times.
“There was ‘total’ corruption in the handling of everything in Goa. I ordered an inquiry, informed the PM. I was removed from the post because I exposed corruption,” he charged.

The BIG FAT COVID19 Corruption…
During the initial COVID19 days, every Government was taken aback as there was no preparedness, and due to lockdowns, there was no material available. Hence the material was purchased at higher prices.
However, the Goa government’s Health department purchased everything and anything at 10 times the market price, almost 18 months after the crisis started.

Finance Dept bypassed for
objecting to high rates
The State government made purchases worth crores of rupees without approval from the Finance Department, and it has now come to light that the department was bypassed as it had raised objections to purchases being made at ‘exorbitant rates’.
The Directorate of Health Services had said that no approvals of the Finance Department were required as the purchases were made utilising either National Health Mission (NHM) and National AYUSH Mission funds provided by the Central Government for which Mission Director, NHM and National AYUSH Mission is empowered to approve, or through District Mineral Fund/COVID Relief Fund for which necessary procedure has been followed by the Collectors/Revenue Department.
However, investigations have further revealed that Financer Department notings had clearly raised objections. “Even though the purchases on the urgent basis are being carried out, there has to be some reasonability,” said a senior Finance Department official, refusing to be named.
He said that the basic principle for procurement of goods and services is that you can purchase a nomination basis, but the rate has to be reasonable, and that has to be established by the Directorate of Health Services. “We have written every time on the file that the rates are too high,” said the official reacting to the Herald expose.
The official further said that the rates of the pulse oximeters also appear to be exorbitant at Rs 1300 each for 1500 pieces. “This quantity, we were told were available at Rs 500 per piece,” he said.
Directorate of Health Services and GMC had submitted the details of purchases made as per the needs and also to keep buffer stocks for days to come in view of the outbreak of COVID-19. As of now supplies have still not normalised as most items are not indigenously produced and are sourced from other States. Until the situation normalises, to ensure the health and safety of health personnel, the institutes will place orders to suppliers depending on availability, quality and delivery time.