Cow found injured at Kavlem after chewing locally made bomb 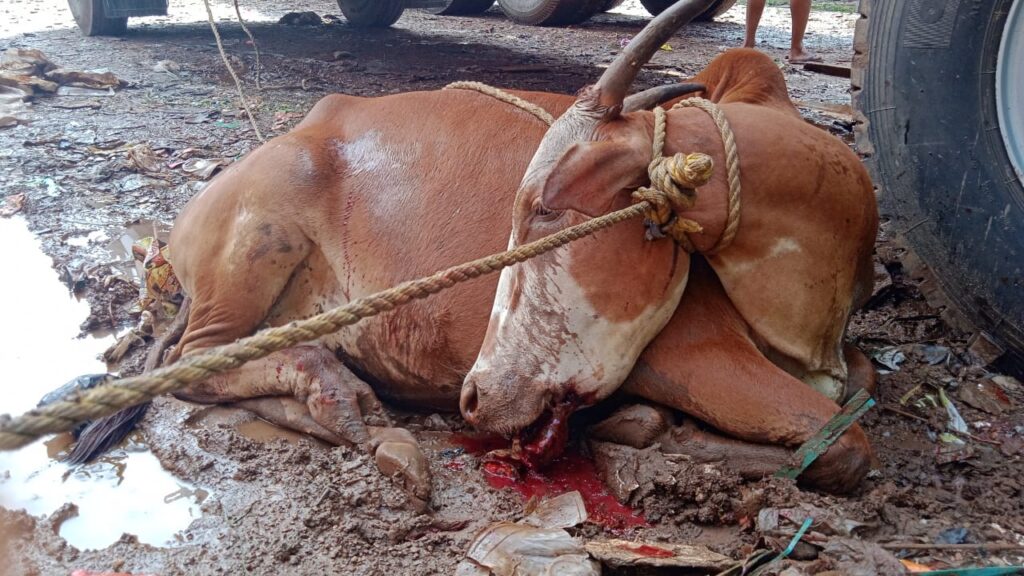 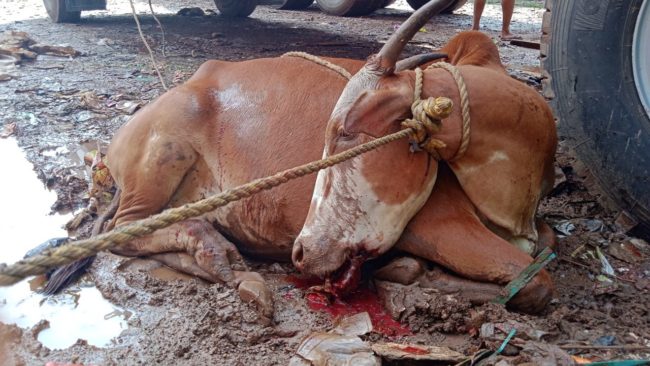 Goemkapronn desk
PONDA: A cow was found injured this morning at Kavlem hilly area with wounds on her mouth and tongue. Locals suspect she might be injured after chewing a locally made bomb.
Animal lover Sanket Narvekar, who rescued the cow, sent it to Dhyan Foundation at Zambavalim.
He said about the incident that he suspected the cow of being injured after she chewed a local bomb meant for poaching wild boar.
He said locals had informed him about the incident. The cow was moving in an area in injured condition, following which locals informed him, and he rushed for her help.
Sanket Narvekar said that many cattles are injured due to accidents on roads, and so there is badly need for Cattle sheds to avoid accidents on the road.