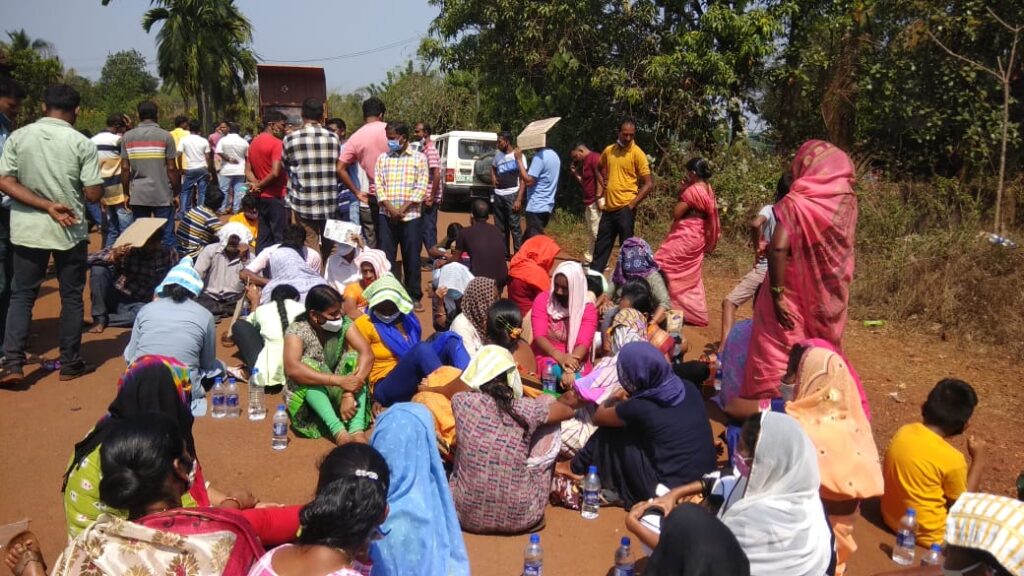 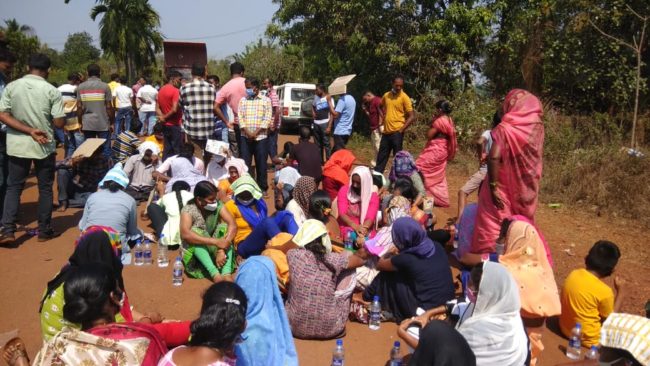 CURCHOREM: Following a meeting called by the Chief Minister’s office to resolve the issue, the mining workers at Cuddeghal mine allowed transportation of ore which was blocked for two days.

Today morning, the Cudheghal mines workers continues their agitation for the second day before the Fomento mines gate demanding scrapping of new contract system which allows hiting of labourers from outside village by the mines and  contractors.

The villagers alleged that the mine owners are employing outsiders with the support of State government.

Workers union  leader Prashant Gaokar said that the all detained mine workers were yesterday taken to SDM Dharandora for court wherein they had to wait for atleast two hours later they were taken to Mapusa district hospital but no medical was done.

“The workers reached around 12.30 mid-night. The 118 workers were later taken to Colvale jail, even there they were kept outside the jail for hours, and In the early morning between 4.15 to 4.30 they brought back to their village and dropped near Cudheghal mines gate,” said Gaonkar.

The workers called their family members and began agitation outside Cudheghal mines, he said.

Before situation went out of control, Chief Minister Dr Pramod Sawant called for a meeting at Panaji.

Nilesh Naik secretary of the Union said that if government does not come out with a solution they will continue agitation with family for their livelihood.