Cuncolim Hill Cutting: Strict action will be taken against violators 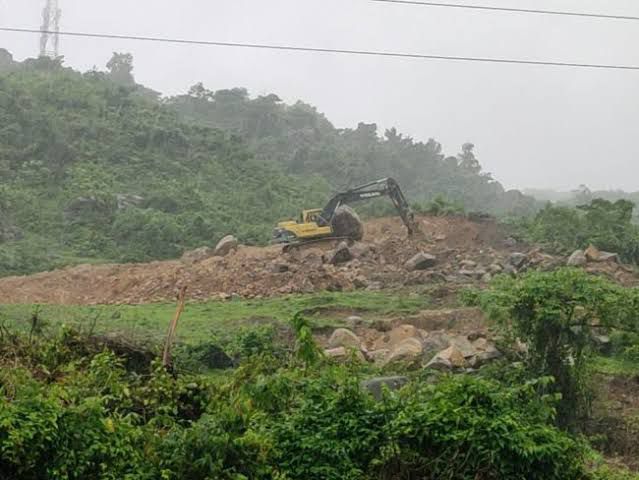 PANAJI: TCP Minister Vishwajit Rane today said that strict action would be taken in the matter of hill cutting in the Cuncolim constituency.
“Action will be taken in the matter of hill cutting in Cuncolim Constituency given by Congress MLA Yuri Alemao; I am here to work and to save Goa and its Cultural Heritage from Posterity,” said Rane.
He further said that there is no time for comments, and it is time for action, and action will be taken on all complaints, be it MLA from the government or the opposition.
Rane warned that he would not allow anybody to get away with corruption. “The law is the same for everyone. Be it Mika Singh or Michael Lobo. We won’t forgive anyone, and action will be taken against them,” he said.
The TCP Minister reiterated that all the facts regarding ODPs would be placed in the Assembly, following which all will come to know about the wrongdoings.
He cited an example saying there is data on how many lands were converted during the tenure of Lobo as the NGPDA chairman.
He also pointed out that the Congress president has not won any election, is not an MLA or a panch and that he is just a mining contractor while he (Rane) had done his MBA.
“Amit Patkar and Michael Lobo, the two of them have bought the Congress. Michael has not even completed three months in Congress. They (Patkar and Lobo) made a deal with the party. That is why senior Congress leaders like Digambar Kamat have been made to sit at home. There were others too, like Sankalp Amonkar etc. Congress is zero; they have no value,” claimed Rane.