Derrick Pereira: We are a much better side than what the table shows 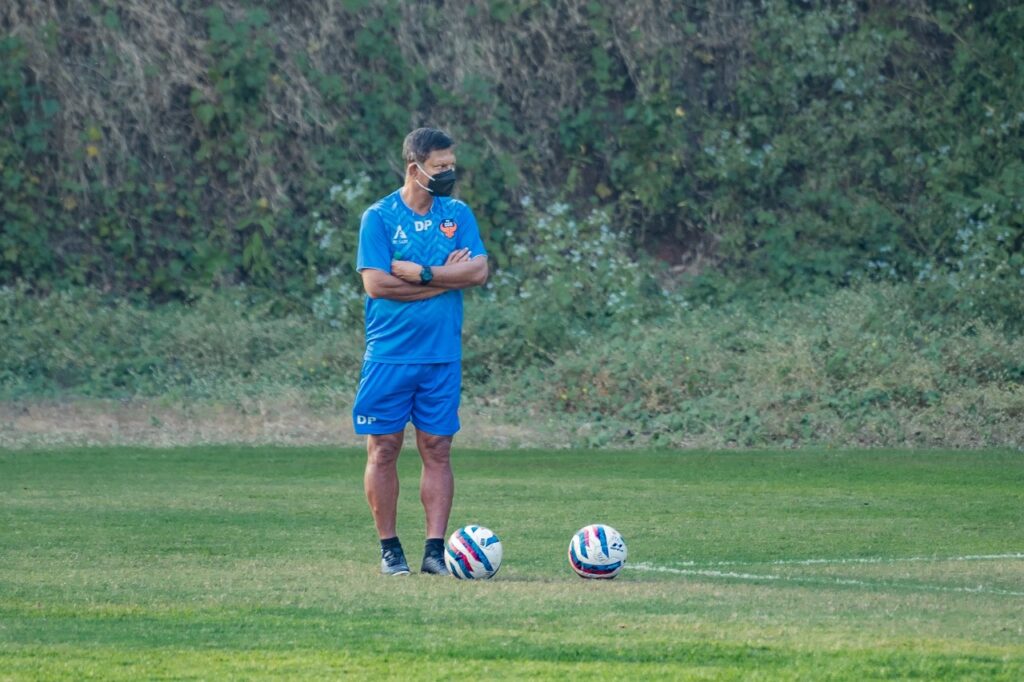 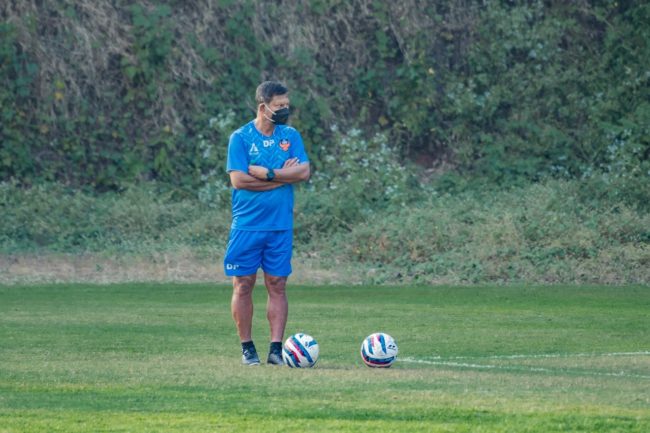 FC Goa remains rooted to ninth place on the ISL points table courtesy of another defeat, this time at the hands of Hyderabad FC on Saturday night. A dismal campaign has seen the Gaurs garner only 18 points thus far with only four wins to their name.
Pereira, however, feels that they are a much better side than what the points table reflects.
“I believe that we can perform. I keep saying this – we are a much better side than what the table shows. But somehow luck, decisions by people on the pitch and even our decisions have not gone our way,” he said after Saturday’s game.
“We always go with an intent to do well in the match and somehow we end up either losing or drawing the match. I’m not complaining – yes, we could still do better.”
The players worked hard
Hyderabad FC took the lead through Bartholomew Ogbeche in the 25th minute, but the Gaurs fought back hard and got their equaliser via Jorge Ortiz within ten minutes. Later, despite trailing 1-3 at one stage, the Men in Orange showed real grit and eventually Devendra Murgaokar found the back of the net to make the last 20 odd minutes of the contest a thrilling one
“The efforts put in by the players are the biggest positives from the match,” Derrick Pereira revealed.
“It was a much better performance than in the previous game. The players played as a unit. We had our chances, but we couldn’t convert them.
“We have two more games now, and we want to end them well,” he went on.
One has to speak about Ortiz when FC Goa is the subject of discussion. The Spaniard who arrived in the summer of 2020 wrapped up his maiden ISL campaign with six goals and an assist in 21 matches. This time around, he has done even better, registering eight goals and five assists in just 14 games so far.
Pereira clarified that the 29-year-old’s future at the club, among other things, will be discussed only after their ISL campaign ends.
“We will be discussing our future once we finish this league and then only we’ll decide what to do. The management will work on it,” the 59-year-old signed off.
FC Goa will return to action on Saturday, February 26, when they take on playoff hopefuls Mumbai City at the SAG Athletic Stadium in Bambolim, Goa.

The Trophy Tour of 131st Durand Cup sets off in Goa

Tushar to clash with Pranay, Sreshta to take on Jiya in finals