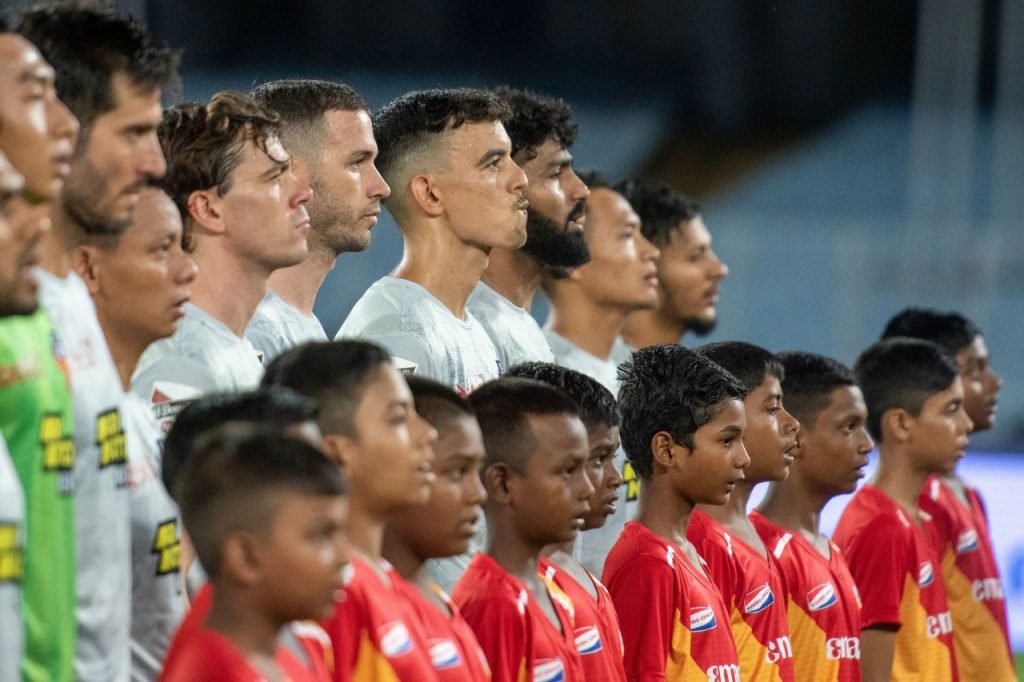 Goemkarponn desk
PANAJI: FC Goa registered a convincing 2-0 victory against Chennaiyin FC in the Indian Super League (ISL) 2022-23 season at the Jawaharlal Nehru Stadium, Chennai on Friday, October 21. Noah Sadaoui and Redeem Tlang scored the goals to put the Gaurs on top of the points table.
Carlos Pena, the head coach of the visiting team, was satisfied with the result. In the post-match press conference, the Spaniard stated:
“I am very happy [with the result] because it was a very tough game and we knew that Chennaiyin FC started the season playing good football. I wanted us to keep the ball throughout the game and stay in control. We created a number of chances to score and found the right spaces for our striker. I am glad to get home with the three points, and this victory is very important for us.”
Although FC Goa scored two goals and came away with a clean sheet, the game was a lot more tightly contested on the pitch. Chennaiyin FC had 19 shots, just one short of the Gaurs. They created multiple goal-scoring opportunities but Dheeraj Singh was the bridge between the home side and goals.
“During some patches of the game we suffered a bit, as towards the end of the first half, we did not judge the press from the opposition very well and did concede some chances, but our goalkeeper showed the quality that he has got and was amazing on the night.”
He added:
“In the second half, with the substitutes coming off the bench we passed the ball really well, kept more of the ball in the last 20-25 minutes while creating chances to make the gap bigger between the opposition and us,” he added.
Concern over FC Goa goalkeeper Dheeraj Singh’s injuries continues
Throughout the first-half, Dheeraj Singh soaked up a flurry of attempts from the Chennaiyin FC attackers. However, early on in the second half, the FC Goa custodian was clobbered by teammate Iker Guarrotxena inside their own box. He had to be subbed off owing to a head injury.
After the game, Pena updated:
“He had to leave the pitch early due to an unfortunate event causing a clash, it does not seem to be a very serious situation and the medical team will do a few tests with him before declaring anything further.”
Given his performance in tonight’s game, the Gaurs will be hoping for Dheeraj to return between the posts right from the next game. (Sportskeeda)