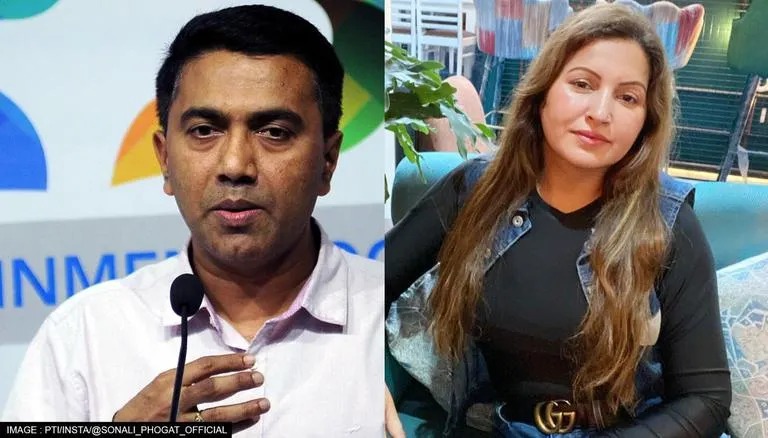 PANAJI: Chief Minister Pramod Sawant today said that Goa Police has been doing a good job and that a DYSP level officer will now investigate the Sonali Phogat murder case.
“The Goa Police have been carrying out a good investigation. From now on, a DySP level officer will handle the Sonali Phogat murder case investigation. Earlier, a PI was investigating the case,” said CM Sawant.
He further said that a confidential report on the investigation has been sent to Haryana Chief Minister Manohar Lal Khattar and Haryana DGP.
“We’ve sent the confidential report to Haryana CM. I am satisfied with the investigation done by our police team. Five people have been arrested,” he added.
Sawant said that all the accused have been arrested, and further investigations are going on.
On Monday, the Haryana government wrote to the Goa government requesting it recommends a CBI probe into the murder case of Sonali Phogat.
CM Khattar had assured Sonali Phogat’s family that his government would write to the Goa government in this regard.
Sonali Phogat, 42, was declared dead at the St Anthony Hospital at Anjuna in North Goa on August 23.
Her post-mortem report revealed blunt force injury on the body, following which the Goa Police registered a murder case.
Earlier, Goa Police had said that Sonali Phogat was forcibly drugged by her two associates, who are now arrested after being named as accused in the case.