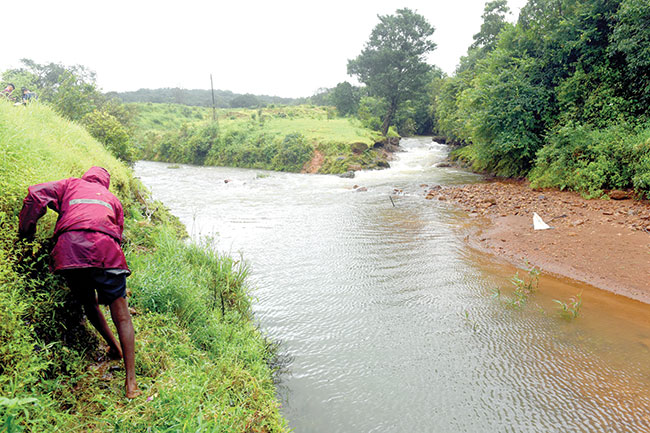 KERI (Sattari): The National Institute of Hydrology (NIH), Roorkee team, which conducted the salinity test on River Mandovihas found that the salinity has increased in the river, environmentalist Rakendra Kerkar said.

Kerkar, speaking to Goemkarponn stated that the second study on salinity of river conducted on few days back.

“A two-member NIH team comprising Dr Gopal Krishan and N Patikar, both scientists, visited Goa last week and took salinity observations at 14 locations on River Mhadei and its tributaries from Ganjem-Usgao up to Ribandar,” he said.

Kerkar said that earlier the samples were taken during rains that so there was not much affect.

“Goa’s major issue is the salinity as we are on west coast. If the salinity increases there will be a problem. The NIO study in 2008 has also found that the natural fresh was very important,” he stated.

Kerkar said that the experts team will now submit the report to SC soon.