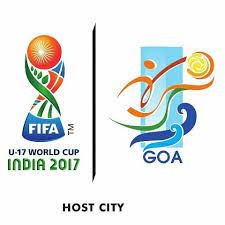 PANAJI: Offline tickets for the FIFA U-17 Women’s World Cup India 2022 are being sold in Bhubaneswar, Goa and Navi Mumbai to mark the 10 days to go milestone for the tournament, slated to be played in these cities from October 11-30.
The tickets for India’s first-ever FIFA women’s competition – priced at Rs 100 and Rs 200 – can be purchased offline at the respective box-office locations:
>> Bhubaneswar – Gate 4A, Kalinga Stadium, Bidyut Marg, Nuasashi, Nayapalli, Bhubaneswar
>> Goa – Fatorda Sports Complex, Near Swimming Pool, Fatorda, Margao
>> Navi Mumbai – Bhimashankar Parking Ground, Bank of India Colony, Nerul,
The box-office locations will be operational between 11 am and 6 pm on non-matchdays and from 11 am till the commencement of the second half of the second match on matchdays. Every matchday of the FIFA U-17 Women’s World Cup will see two games being played with the first one scheduled to kick off at 4.30 pm and the second at 8 pm.
Online sale of tickets is also operational and a maximum of 10 can be purchased from fifa.com/tickets in each transaction, an official release said.
For spectators, gates at the three stadiums (Kalinga Stadium, Bhubaneswar; Pandit Jawaharlal Nehru Stadium, Goa; DY Patil Stadium, Navi Mumbai) will open from 2.30 pm. Host India – drawn alongside USA, Morocco and Brazil – will be playing all of its group stage games at the Kalinga Stadium, Bhubaneswar, on October 11, 14 and 17.
Accessibility tickets are also available at all three stadiums in two categories:
Wheelchair User: for fans who depend on a wheelchair
Easy Access Standard: for fans who are not dependent on a wheelchair but require seating with minimal step access
Accessibility tickets can be requested over the phone +91-86570 19359 or via email (contact@india2022wwc.com) on a first-come, first-served basis and require proof of eligibility, it added.