Finally, proposed Mapusa Bus Stand may see the light of the day 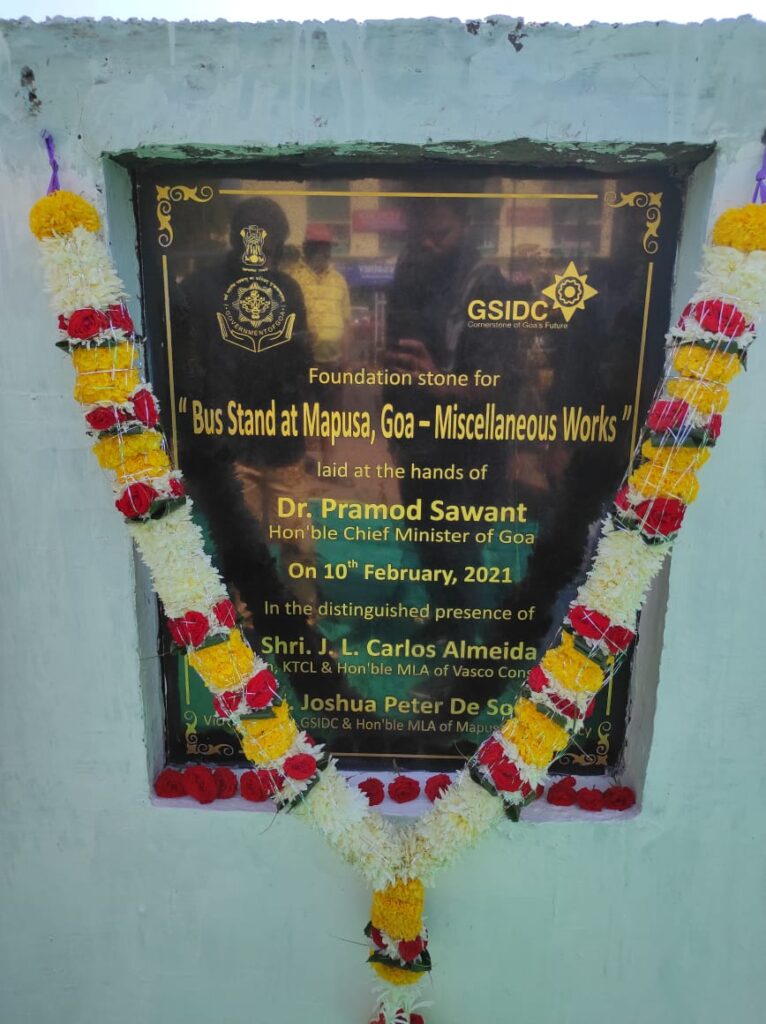 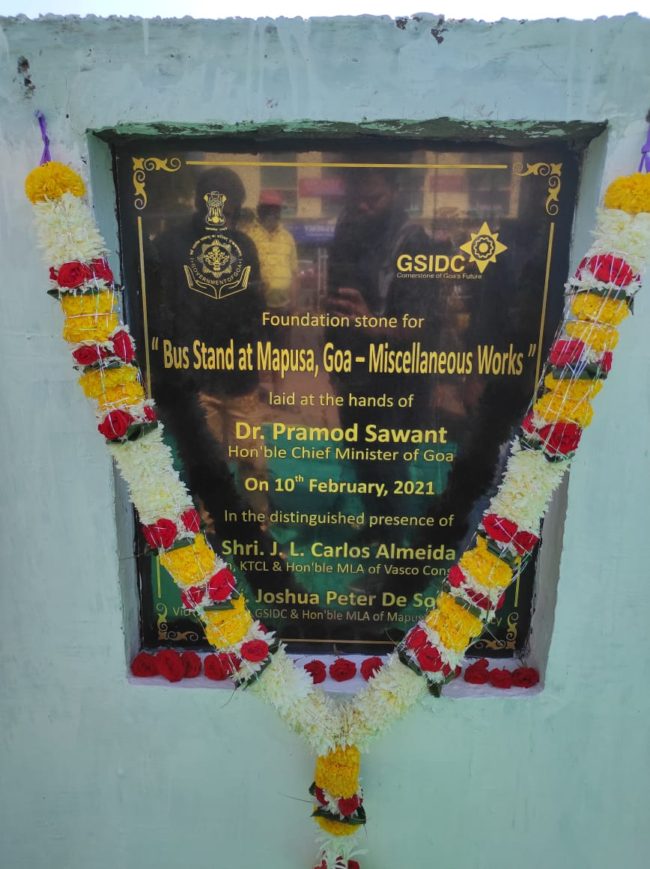 Mapusa: After years of planning and assurance, the State government finally started work on the Bus stand for Mapusa, which is known as the commercial capital of North Goa.
The bus stand work was initiated by former DY CM Francis D’Souza but that remained a dream and was never fulfilled during his tenure.
The foundation for the first phase of the new bus stand was laid by Chief Minister Dr Pramod Sawant on Wednesday in presence of KTCL Chairman and Vasco MLA J.L. Carlos Almeida and Mapusa MLA Joshua Peter De Souza, Mapusa Municipal councilors and chairperson were also present for the foundation stone laying ceremony.
The first phase costing Rs 3.5 cr would be completed in six months.
The project will have facilities of KTC office, drivers room, canteen, 11 tempo parking, 50 bus bays, shades for travelers, 44 four wheeler parking slots, 64 two wheeler parking slots, toilet facilities, seven meter access road to market yard, paving and high mast lamps.
Sawant, speaking to reporters after the ceremony, said that the project will be completed in three phases.
“The first project costing around Rs 3.5 crore will be completed within six months and then the Goa State Infrastructure Development Corporation will take up the next phase,” he said.
He said that once upon a time Mapusa was the biggest commercial hub with the biggest market but was losing ground as it lacked basic facilities.
“We are taking up all round development in Mapusa and I am confident it will regain its lost glory,” the Chief Minister said.
He said the development of new bus stand would be helpful for the tourists and the travelers arriving on inter-state buses as they had no shade or toilet facilities.
“We have also made provision for taxis, motorcycle pilots, auto rickshaws in the first phase,” he said.
Mapusa MLA and GSIDC vice chairman Joshua De’Souza stated that finally the dream of Mhapshekar’s will be fulfilled.
“CM had promised during by-elections and today he has fulfilled his promise,” he said.
De’Souza said the project being huge it will be taken in three phases.