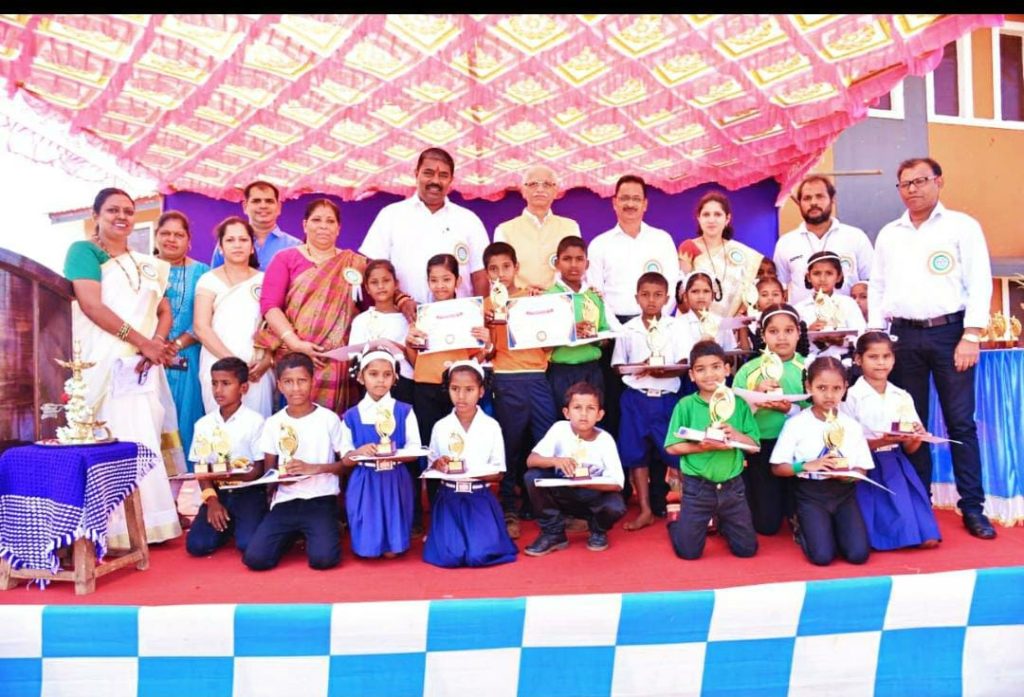 VASCO: First ever Government Primary/Middle School Sports Meet 2022-2023 was held on 21st January 2023 at GPMS Ground, Jetty, Mormugao.
The event was sponsored by Mormugao MLA Sankalp P Amonkar.
This is the First time in the history of the Mormugao Constituency that an MLA (Sankalp Amonkar) has taken this initiative to bring Government Primary and Middle Schools of his Constituency, namely Govt. Primary School, Sada, Govt. Primary School, Bogda and Govt. Primary/Middle School, Jetty under one roof to compete in different events of Sports meet which was conducted for two days.
Events like running races, throw the ball, sack race, Lemon & Spoon, and Relay Races for the students of Pre-primary and Std. I to VII of all these three schools was held.
Welcome songs, Dances and Drills were performed by the students.
Speaking on the occasion of the Prize Distribution Ceremony as Chief Guest, Sankalp Amonkar encouraged the students to participate wholeheartedly and assured give full support in future too.
He also appreciated the efforts all the teachers of these schools put in in accepting the challenge of coming together and organizing such a mega event and assured of continuing such event.
He expressed his happiness seeing the joy and smile on the faces of the parents and the students. He motivated the students and parents to work hard to achieve the goal set by each one.
Other dignitaries present on the dais were Dipak B Shah, Director, Institute of Maritime Studies, Bogda and President of Vasco Gujarati Samaj as Guest of Honour; Valsala Vishwambaran, ADEI, Mormugao; Eshwar Naik incharge GPMS Jetty, Suchita Gad, in charge of GPS Sada and Premnath Redkar, in charge GPS Bogda, Kishori Naik, PTA, Jagdish Bhanushali, Vice President, & Bipin Patel, Treasurer, of Vasco Gujarati Samaj, Vasco and Ninad Gadekar, Social Worker.
Trophies were presented to the winners at the hands of the Chief Guest and other present dignitaries.
Cloth bags were launched at the hands of the Chief Guest by the Vasco Gujarati Samaj as a mission to reduce plastic, and the same were then distributed to all the parents present for the function.
Earlier, Eshwar Naik welcomed the guests. Teachers Shaikh Abdul Kader, Jaya Nayak and Urjita Sail introduced the guests. Suchita Gad proposed the vote of thanks.
Teachers Sharmila Gawas and Ankita Bagli compared the function.