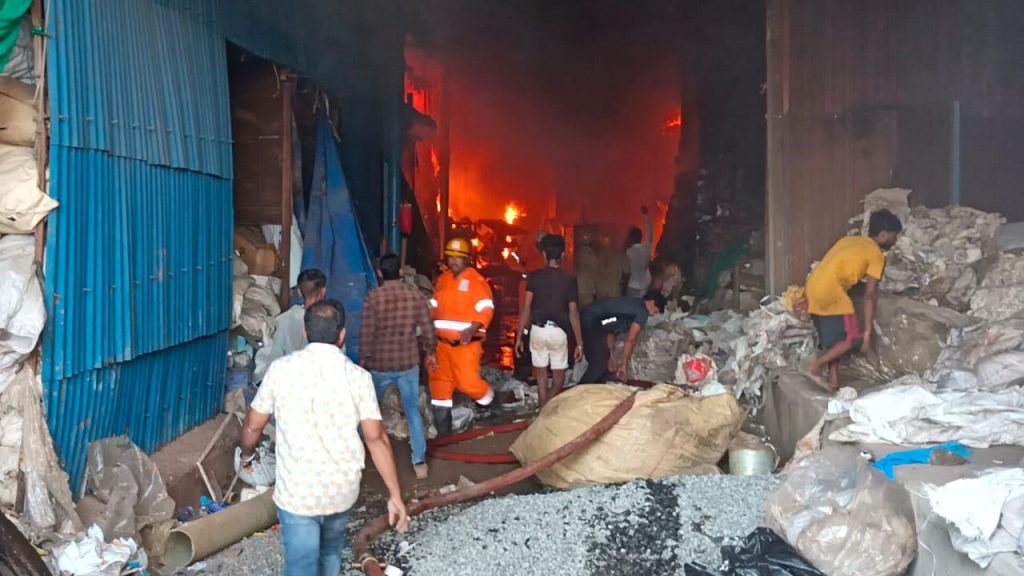 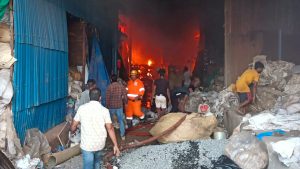 Goemkarponn Desk
COLVALE: A scrapyard at Mushir Wada, Colvale, was gutted in flames today early morning.
In the incident, four persons sustained injuries.
Welding machine sparks reportedly caused the fire.
Fire officials of the Fire and Emergency Services were roped in to douse the fire.
Sources said around 25 fire vehicles and four JCBs had been pressed into service.
As per the information two persons have been admitted to the hospital for treatment.
Sources said that an inquiry has been ordered into the incident.
Incidentally, the local panchayat had earlier taken action against the scrapyard and ordered its eviction.