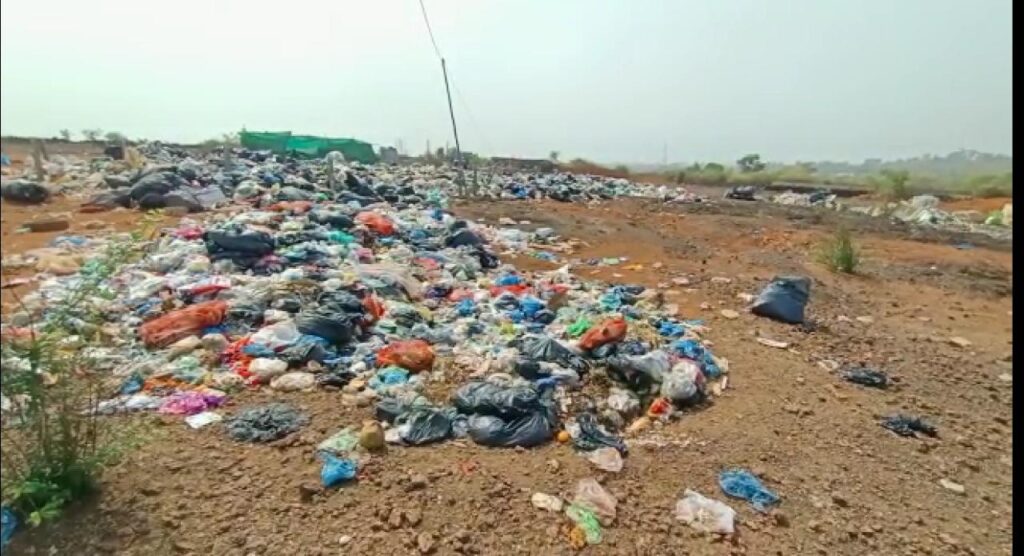 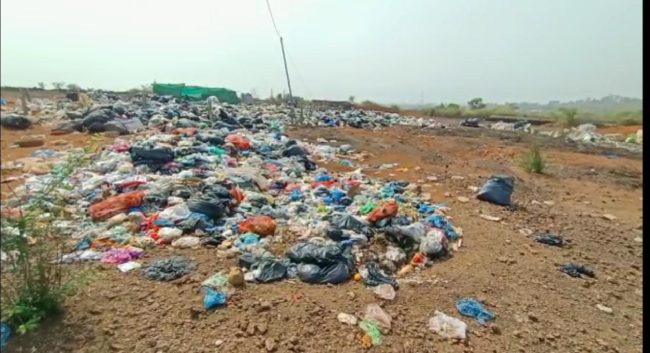 CORTALIM: Huge amounts of garbage is lying in the open at the dedicated garbage site along the flight path causes concerns.
While the former Dy Sarpanch Raymond Desa has said that the panchayat must take a call before taking up works on the plant as there is no legal road, sarpanch Senia Pereira has said that works will be taken under 14th Finance
Former Dy Sarpanch Raymond Desa said the previous garbage contractor was better while the new contractor had taken wrong procedures and was indulging in dumping dry and wet garbge mixed in the land alloted for garbage.
“The contractor had asked for ten day’s time to segregate the garbage but the situation is become from bad to worse. This has caused an eyesore and caused unbearable stench and while the panchayat is looking for having a plant there through 14th Finance, there is no legal road as well leading to the site” said Desa.
He said that tomorrow if the panchayat spends money and the area surrounding the plant is fenced by Quelossim Comunidade, the public money could be wasted.
“The panchayat must first take NOC for road and also clear the garbage because it is a flight path also and this could be a major issue” said Desa
Meanwhile Sarpanch Senia Pereira said that High Court order directed for collection of segregated garbage before dumping at dedicated site.
“We have presently carrying out works on MRF shed and if we don’t utilize the 14th Finance funds, it will have to be returned and hence, we have decided to have a bio digester plant to handle wet waste,” Perira stated.
The sarpanch further said that by another week’s time, the panchayat will have the bio digester ready which will treat the wet garbage and also produce manure that can be used by people free of cost.