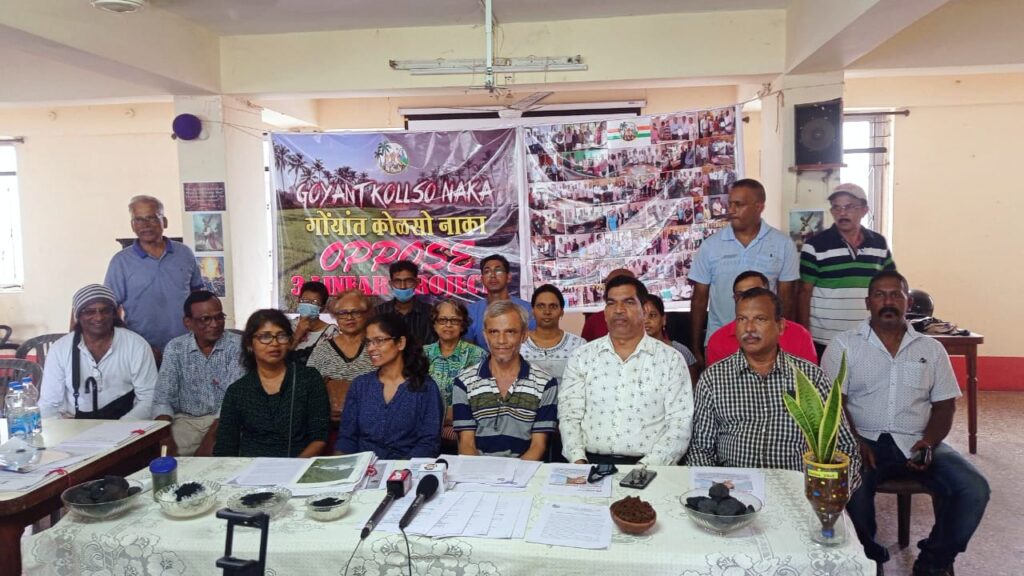 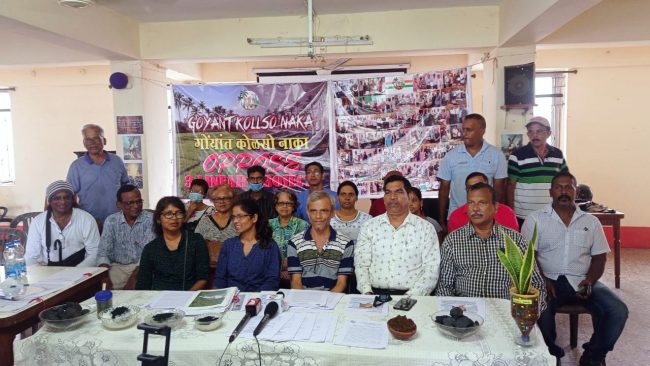 QUEPEM: Despite the revocation of the Wildlife approval by the Supreme Court and its refusal to allow the Western Ghats to be destroyed for coal transportation, Goa government, represented by the Chief Minister, Chief Secretary, Nilesh Cabral, Mauvin Godinho and Krishna Salkar, met railway (SWR) officials on 16.5.2022 and allowed them to continue work in our villages, ignoring the stringent review and criticism by the Supreme Court and the CEC, and also disregarding the other 36 MLAs and the people of Goa.

GKN was shocked to read the decision of Goa government on 16.5.2022 and decided to meet all the MLAs to alert them that the government’s decision is illogical and wrong and that the decision should be reversed and the double tracking works must be stopped immediately.

GKN team has been meeting the MLAs personally for the past one month and we have met 36 out of the 40 MLAs and the Governor of Goa, and all of them have agreed that the double tracking works in our villages must be stopped and that they will convince the government to do so at the earliest. We wish to inform the citizens of Goa that we met our Chief Minister on Sunday 19th June 2022, explained to him why the works ought to be stopped and asked him in writing for a meeting with all 40 MLAs to take a proper decision on the issue. After hearing us, the CM stated that there is no need to meet all the MLAs and promised that he would fulfil the public demand to stop the ongoing works in the villages.

However, till date, there is no intimation to us, or through the media, that the CM has kept his promise. Instead, the Union Minister for Ports, Mr. Shripad Naik, is asking people to welcome the coal infrastructure. Therefore, Goyant Kollso Naka demands that the Government must immediately keep its promise by ordering SWR to stop the works outside the protected areas. GKN also requests all the MLAs to ask the Government to stop the ongoing works.

The Order of the Supreme Court clearly concludes that the double tracking is not necessary at all and that if the coal corporations want coal in Karnataka, they should get it from the east coast from Krishnapatnam port. However, if SWR wishes to construct the second track for any other purpose, it has been allowed to apply afresh for the revoked Wildlife Clearance for the bottleneck section of the western ghats, but with such stringent conditions and requirements that it is highly improbable that the Clearances will ever be granted.

Among other directions, SC has asked for explanation for traffic projections supported by independent and credible source, independent and detailed assessment of cumulative assessment, a fresh detailed EIA study and a detailed study by NTCA regarding the tiger corridor, and has also noted that it is not double tracking but an entirely new alignment, that the terrain makes the project disastrous, that animal passes are not possible, the threat of landslides and the impacts of the construction activities on the Sanctuary and Wildlife.

GKN argues that since Ministry of Shipping & Ports has stated that the work within the Western Ghats, which includes 23 tunnels and 81 bridges, will take 5-10 years to complete, if permissions are ever granted, the ongoing works outside the Wildlife Sanctuary, in our densely populated villages, must be stopped immediately. This is essential not just to prevent unnecessary environmental and socio-economic losses to lakhs of Goans and to prevent the waste of Public Funds, but also since the coal transportation is against Public Interest. GKN also points out that all the ongoing works are illegal in view of the misuse of Railways Act to avoid obtaining consent from the local residents under the Right to Fair Compensation Act, only to help increase corporate profits.

GKN reminds the people of Goa that the double tracking project is only at the behest of private corporations, who wish to convert Goa into a Coal Hub. The Sagarmala Project, which plans to transport 137 MTPA of coal from Goa, also requires our rivers, khazans, villages and highways to be used for coal transportation. All Goans must realize the true magnitude of the coal transportation project and how it will impact all Goans, unless it is stopped right now. GKN therefore calls upon all citizens to unite and stop the ongoing works by SWR, failing which the plans of the coal corporations to make the entire State of Goa a coal hub will become unstoppable.