GMPF makes yet another appeal to Center for mining resumption 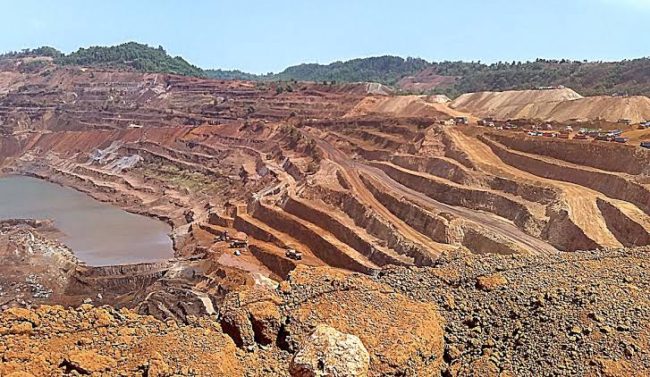 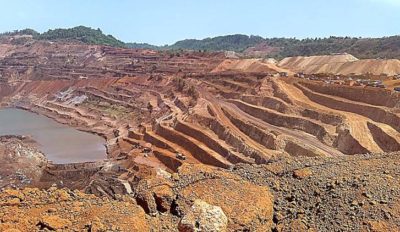 GMPF requests Central government to consider legislative amendments in Goa Daman and Diu Act 1987 in the Mineral reform policy for immediate restart of Goa Mining.
GMPF has written suggestions to Ministry of Mines on the Amendment towards OMF rules and Guidelines.
In the response to Central Govt Notice dated 24″ August posted by Ministry of Mines on its
website for public consultation called, “Note on Proposal for Mining Reforms, the GMPF has
suggested to the Central Government to consider amendments to ‘The Goa Daman and Diu
Mining Concessions (Abolition and Declaration of Mining Leases Act, 1987, by making this
abolition act prospective from 1987 by amending the current provision of it beingretrospective.
This suggestion is in line with State of Goa who has been reportedly written to the Union Government on multiple occasion since 2018 for legislative cure/amendment, which shall clarify the period of Lease until 2037 by making abolition act Prospective( ie 50 Years as mandated under MMDR Act 2015). This proposed reform will bring Goa on-par with other states in the Union of India to harmonize with the MMDR Act amendment of 2015
because the current inequality allows all other states except Goa to extend/ Renew life of lease for a period of 50 years from earlier provision of 20 years.
This suggestion will also be in line with the objective of the proposed reforms, to accelerate growth, increase employment and stimulate the economy progressively to recover from the dampening impact
of Covid-19. On the Amendment towards DMF (Distric Mineral Funds), rules and guidelines, GMPF has stressed the need to use the funds to create alternate employment in addition to agricultural
schemes, for sustaining long-term opportunities for employment in the mining belt. This can
be done through skill training other specialised educational programs, providing micro
finance and credit to local entrepreneur, self help groups for encouraging the growth of an
entrepreneurial generation not directly related to mining thus creating alternate source of
livelihood.
The note issued by Ministry of Mines specified a series of policy changes in the mining sector
under Aatmanirbhar Bharat Abhiyan for increasing private investments, transparent resource
allocation and to strike a harmonious balance between employment and environment in the
Mineral Sector. The state of Goa is currently facing largescale unemployment issues due to
the crises in tourism industry due to pandemic situation which had added to the livelihood
losses faced in the state due to mining ban and there is a need for immediate solutions to
restart mining in the state to restore economic stability and be economic self-reliant.
GMPF President Mr. Puti Gaonkar, said, “We appreciate Ministry of Mines initiative of
considering comments and suggestions from the General public, Govt of states, mining
industry and other stakeholders on the proposed reforms in the mineral sector. Goa’s mining
industry and the livelihood of lakhs of mining dependent population has been neglected in
all its Policy reforms incorporated by central Government in the past and this time also there
seems to be nothing in Goa’s interest in proposed Reforms in mineral sector. It may be
because of lack of consultation between State and centre, which is extremely worrisome
because Goa’s mining industry and Goa’s Economy at large, is being neglected by Central
Govt, in spite of severe damage to state economy in past couple of years after the mining
ban. Hence we have proposed to Union ministry for amendment in ‘The Goa Daman and Diu
Mining Concessions (Abolition and Declaration of Mining Leases Act’) 1987’. We have
suggested the above addition in the reforms in the mineral sector proposed by Union Ministry
of Mines, to bring about equality for the state of Goa and get it in par with other state to
renew/extend the leases as per MMDR Act amendment 2015. The said amendment shall
clarify the period of lease in Goa until 2037( 50 years as provided under MMDR Act
amendment 2015) by making the abolition act 1987 prospective to make it prospective by
changing the current provision of it being retrospective.
Mr.Goankar further added “ On the Amendment towards DMF (Distric Mineral Funds), rules
and guidelines, we have stressed the need to use the funds towards creating alternate
employment in the mining belt for sustaining the long-term livelihood employment
requirement of the people in mining belt. We have seen the devastating effect of depending
on the single industry and the same mistake should be avoided.”
By various estimates, the state of Goa has faced a loss of around Rs. 7000 crores in the last
two years due to the stoppage of mining industry. Also Goa had the largest unemployment rate in the country before the pandemic and now the unemployment is multi-fold due to the crises in Tourism sector. If mining is not resumed immediately, it will be difficult for the stateto get on track with the state revenue and also to come out of the acute unemployment crisesfaced by its people. In the wake of this unparalleled crisis witnessed by the people of Goa ,above Amendment is sought with union Govt, to recommence mining with immediate effect.