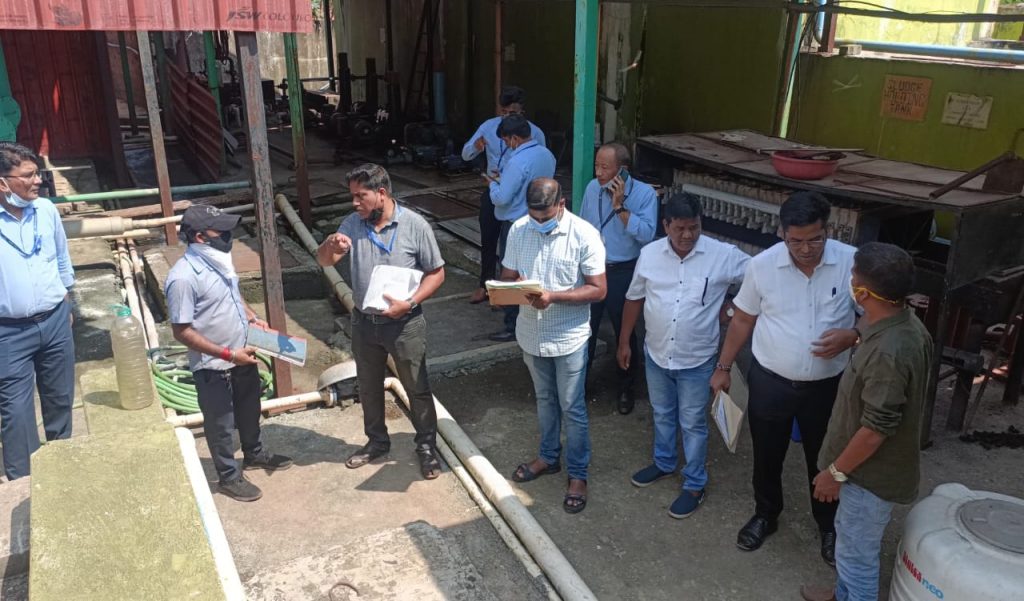 Goemkapronn desk
VASCO: Goa Airport was caught on the wrong foot on Tuesday while discharging untreated sewage in the natural spring at Assoi Dongri during a joint Inspection carried out by Chicalim Panchayat, Goa State Pollution Control Board (GSPCB) and health authorities.
The Chicalim Sarpanch Kamla Prasad Yadav has demanded strict action on Goa Airport for contamination of the natural spring due to the open sewage discharge.
“We have received complaints from the locals for the last four years that the natural spring in the area is being contaminated due to the sewage discharge by Goa Airport, and we wrote letters to them and complained as well, but the Goa Airport said that the sewage was of the navy and washed their hands,” Yadav said.
He added when the panchayat carried out a joint site Inspection on Tuesday, they saw that Goa airport was directly discharging raw and untreated sewage in the stream, and we even shot a video which they cannot deny.
“If the Goa Airport Sewage treatment plant (STP) is not functioning, they must get it repaired or catch hold of the person given the Annual Maintenance contract of the plant, but they must not discharge their sewage in Natural spring,” Yadav said. 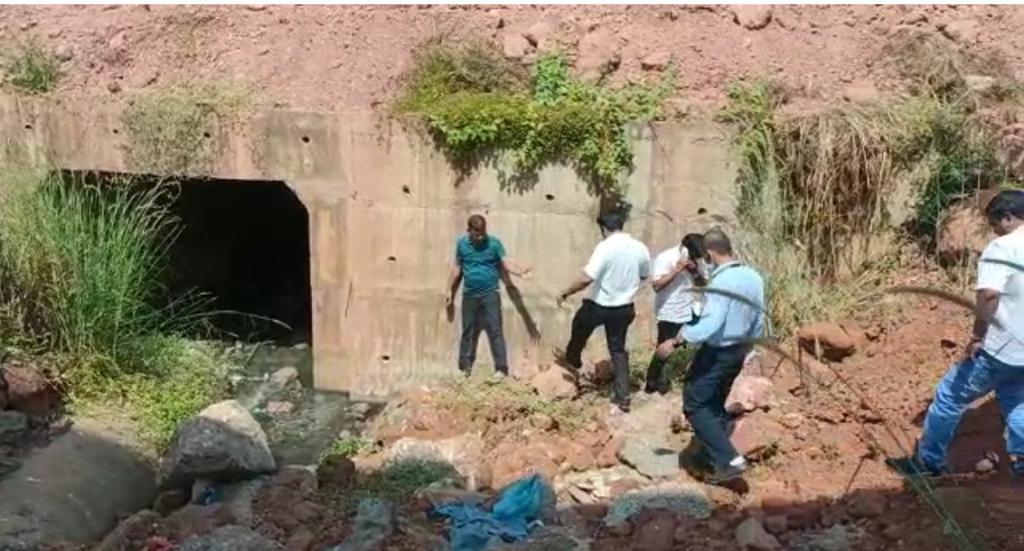 The Sarpanch further said the stench was unbearable, and we could not stand there for a minute also, and we have now requested the authorities to take strict action on Goa Airport.
“The people who once used the water of the spring to drink cannot step inside or near the spring because of this sewage,” said Yadav.
Assoi Dongri panch member Shailesh Mayekar said that every panch member of the ward had been complaining about the Airport all these years.
“When there are no rains, this entire sewage is seen in the water, and the entire village is affected. People use this natural spring water, and we also immerse Ganesh idols here during Ganesh, but the sewage discharge has caused all issues, including health issues,” said Mayekar
Chicalim Panchayat secretary Amrit Sakhalkar said that a joint inspection was carried out after a local resident filed a written complaint against the Goa Airport.
“During the joint Inspection, we checked various outlets, and we realised that untreated sewage water was being discharged, and we will seek the report from GSPCB,” he said.
Sakhalkar further says that the GSPCB has already taken the samples of the untreated sewage water, and they will place the report in the body meeting to decide on further action.
“Goa Airport STP plant does not have the required capacity, and human excreta is also not being treated here, and we have to wait for the GSPCB report” said Sakhalkar.
GSPCB officer Liston Fernandes said that they had arrived at the Inspection at the notice of Chicalim Panchayat
“We have come to the Airport authority building, and we have found some discharge outside from the STP, and we will collect the samples of both the water inside and outside the STP. They have the consent from the GSPCB, and as far as the capacity of the STP is concerned, I have asked the Airport for their consent copy which has not been provided to me as of now, and we can check their capacity and also check the water samples collected from the site”, said Fernandes.