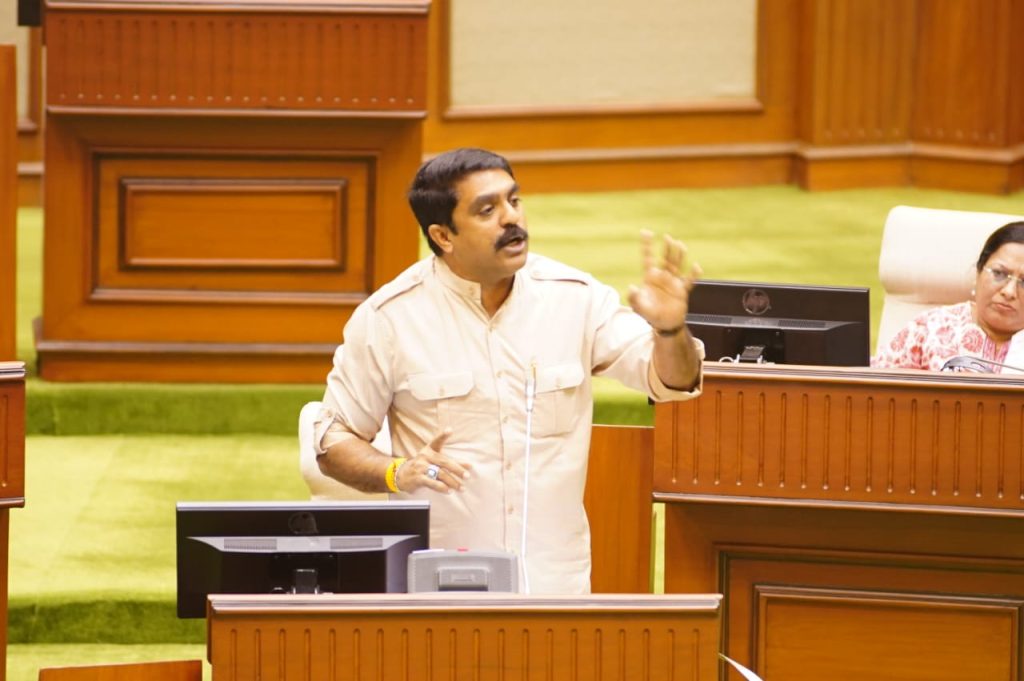 PANAJI: Goa Forward Party MLA Vijai Sardesai called on Chief Minister Pramod Sawant to step down like New Zealand’s Prime Minister Jacinda Ardern has announced her resignation.Participating in a discussion on a ‘Resolution’ over the Mhadei diversion in the Assembly, he said: “My stand is clear; I am with the Chief Minister completely, but time-bound to get Karnataka’s Detailed Project Report (for disputed Kalasa-Bandhuri dam project) withdrawn. It should be withdrawn within 15 days.”“I don’t know why the Chief Minister is not confident of getting the DPR withdrawn when he has ‘good relations’ at the centre,” Sardesai said sarcastically.Citing the New Zealand Prime Minister’s resignation announcement, he said: “She had handled the covid situation in the best possible way, but today, she has just resigned from politics saying she no longer had ‘enough in the tank’. Similarly, the Chief Minister should resign. He should take this step to pressurise the centre.”He said that a deadline of 15 days should be given to the government to get the DPR withdrawn, or else a call for a Goa bandh should be given.“Let all political parties get united and make the Goa bandh successful. This is in practice in the neighbouring states. Even then, if the Central government doesn’t listen to the demand, then the Chief Minister should resign and rest all 39 MLAs should resign to create a Constitutional crisis,” Sardesai said.“We can show that a tiny state can create a constitutional crisis in the country for water. In any case, it is said that the third world war will be fought for water. So let us be prepared,” he said.Goa and Karnataka are currently battling a dispute over the Kalasa-Bhanduri dam project across the water of Mhadei river at a central tribunal.Mhadei originates in Karnataka and meets the Arabian Sea in Panaji.While the river traverses 28.8 km in Karnataka, it is 81.2 km in length in Goa. Karnataka plans to construct dams on the river, aimed at diverting the water into its water-starved Malaprabha basin in North Karnataka.