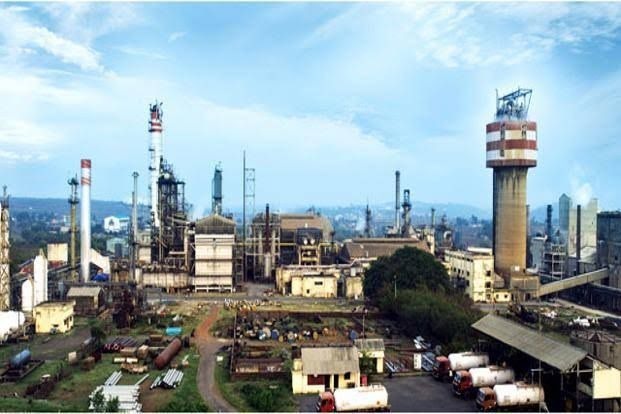 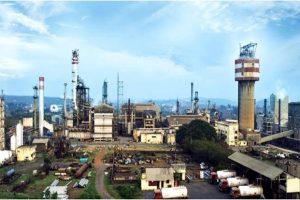 SURAJ NANDREKAR/
Goemkarponn desk
PANAJI/ SANCOALE: Even as the Opposition, as well as the civic society, is up in arms over the alleged land scam by ZACL.
The State government has washed its hands of action against Zuari Agro Chemicals Limited (ZACL), which is accused of illegally selling off of nearly 50 lakh sq mts of land that was purchased from the Sancoale communidade for industrial purposes, back in 1971.
Revenue Minister Babush Monsertte and Chief Minister Dr Pramod Sawant had assured that they would table facts on the floor of the House after the second legal opinion was sought from Law Department, but shockingly even before the opinion was received, the State government department started the procedure of legalizing the land sale.
Documents in possession with Goemkarponn reveal that Atanasio Monseratte gave an order to the department for processing sanads from 1/11/2022, and the sanads were issued from 23/11/2022.
Earlier, amidst allegations of a land scam, Zuari Agro Chemicals had written to Chief Minister Pramod Sawant demanding fast-track approval for a change of zone of the land that was handed over to the fertilizer firm for industrial purposes.

The Minister’s order…
“In reference to Note Ref. No. 1/2022-Min (Revenue/132 dated 15/07/2022, I hereby inform you that this office is in receipt of the opinion of Ld. Adv. Jilman Coelho Pereira, with a copy which has been duly marked to the Department. In view of the Report/ Legal opinion, it is decided that the files pertaining to the Conversion of M/s. Zuari Agro Chemical Pvt. Ltd may be processed by the concerned Collector, following the due prescribed procedure of Law,” said an order dated 01/11/2022, signed by Minister Atanasio Monseratte.

What the Sanad says ?
Mamlatdar of Mormugao, in his report, says that:

— Such land use will not affect public health, safety and convenience; the market value of the land is about Rs. 10,000/- per sq.mts
— There is a 15.00 Mrs wide existing NE-17B road access to the site in question
— There were no tenants on the land proposed for Conversion
— There were no Mundakars on the land proposed for Conversion
— There was no tenancy on the proposed land for Conversion as of till date
— The said property was originally a Communidade/ Aframento land
— There is no structure in the proposed land; the proposed land for Conversion is surveyed under Survey No. 188/1-A of Sancoale village of Mormugao Taluka
— It is not coming under C.R.Z. Regulations, either 200 mts. or 500 mts. H.T.L.
— There are four electrical poles with low tension lines passing through the plot sought for Conversion.
— The Under Secretary (Revenue-1) vide letter dated 02/11/2022 has communicated the decision of the Government that in view of the report/legal opinion obtained, it is decided that a conversion application pertaining to the applicant may be processed.

What the Minister says?
Revenue Minister Atanasio’ Babush’ Monserrate said that as per the legal opinion sought from the senior counsel, the State cannot act in the matter as sale deeds and land ownership have been obtained through various courts.
“The act by ZACL was with backing from the previous government,” the minister said, refusing to elaborate as to which
party-led Government he was referring to.
Monserrate said that he would place the detailed report on the Floor of the House during the next State Assembly session. “If any M.L.A. has any doubt, they can challenge it before the court,” he said.

The PMO letter..
The Prime Minister’s Office (PMO) had written to the Goa Government seeking its report into the matter of alleged illegalities by Zuari Agro Chemicals Ltd (ZACL) on Sancoale Comunidade land.
The PMO responded to a letter from Sancoale-based activist Narayan Naik alleging illegalities by Zuari Agro Chemicals Ltd (ZACL) on Sancoale Comunidade land.
A reminder was also sent by the Under Secretary (Revenue-1) Sandeep Gawde to the Director of Civil Administration/Collector (South Goa) to expedite the report on the alleged ‘illegalities and fraud committed by ZACL on the fertilizer project land of Sancoale Comunidade’.
The Chief Secretary had earlier forwarded the letter to the Revenue Department, which had sent it to the South Goa Collector, who later forwarded the same to the Mormugao Deputy Collector.
Revenue Minister Babush Monserrate reacting to the matter, said that the Prime Minister’s Office has asked to investigate the matter.
“Legal experts have advised that the government cannot do anything in this case,” said Monserrate.
The Opposition, it may be recalled, had raised a storm in the Assembly, terming the Zuari Agro Chemical’s ‘land selling’ a scam of Rs 50,000 crore.
The board of Zuari Agro Chemicals (ZACL), the agriculture vertical of the Adventz Group, has approved the sale of its fertilizer plant in Goa and the associated businesses to the group’s joint venture Paradeep Phosphates Ltd (PPL) for a total consideration of $280 million (about Rs 2027.46 crore).