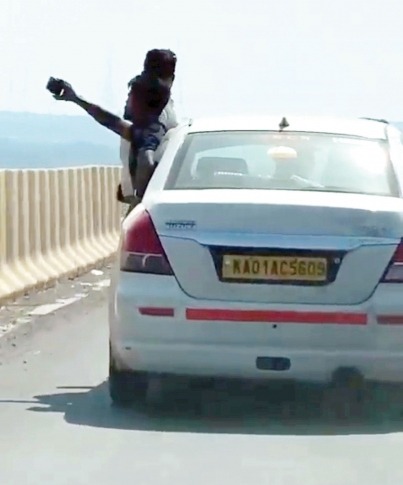 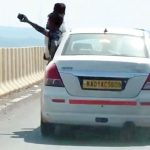 PANAJI: The unruly tourists in Goa continue to break the rules when on vacation.
While it has been a common scene now to see vehicles being driven on beaches, drinking on beaches and blocking the road at Parra for photography.
On Tuesday, the Goa Police registered an FIR against a Karnataka-registered vehicle (KA-01-AC-56090, wherein the occupants of the vehicle were found dangerously protruding out on Atal Setu, Panjim.
As the videos of the car being driven dangerously with two men peeping out of the window of the moving vehicle had evoked large criticism.
Taking to social media, North Goa SP Nidhin Valsan (IPS) has carried the FIR copy of the offence against the car owner.
The name of the car owner is yet to be identified.
“No one is forgiven. FIR registered and investigation taken up,” the SP tweeted.