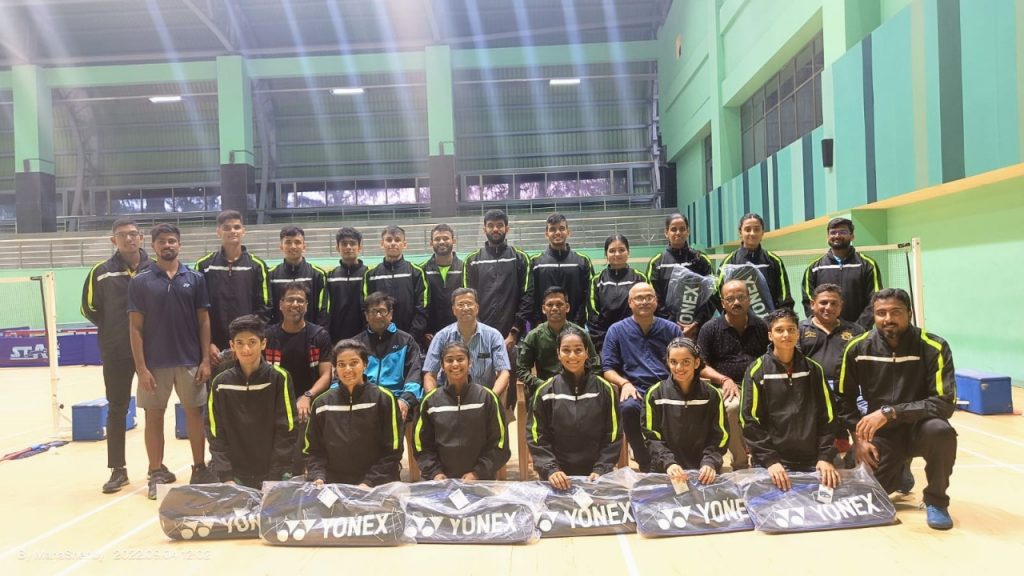 Goemkarponn desk
PANAJI: Goa Badminton Association (GBA) has announced a strong team for the Yonex Sunrise West Zone Inter-State Badminton Championships 2022, to be held from 7th to 10th September at Zillha Krida Sankul, Parbhani – Maharashtra.
The Goa team comprises talented youngsters (under-19) and seniors (Men & Women) who have undergone a rigorous training camp at the Khelo India centre at Manohar Parrikar Sports Complex, Campal-Panaji.
GBA secretary Sandeep Heble reflected on the significance of the West Zone event, saying: “The Inter-State West Zone Badminton Championships are happening after a gap of 3 years, and all players are extremely excited about it. The team has prepared well under the guidance of Khelo India centre coach Irfan Khan, GBA Coach Arjun Chauhan and the Sports Authority of Goa. A 10-day preparatory camp was held where extensive fitness and stroke practice sessions were held, and the boys and girls worked extremely hard. We have great hopes from our players and wish them all the best.”
Prior to team departure, the Sports Authority of Goa Executive Director, Ajay Gaude, distributed kits to players, motivating and encouraging them to bring laurels for Goa.
The following players will represent Goa at the West Zone: