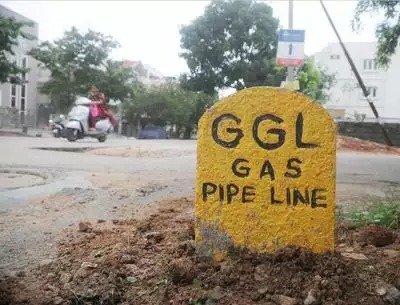 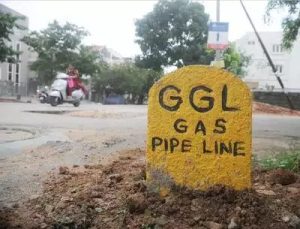 Goemkarponn desk
PONDA: GOACANN Co-ordinator Roland Martins, in letter to Ponda Deputy Collector, urged him to address public safety issues as well as public awareness about underground gas lines by GAIL (India) Limited.
GOACANN has expressed concern about the public safety issues related to the Public Notice by GAIL (India) Limited regarding encroachment in the Right of User (RoU) of Dabhol Bengaluru Natural Gas Pipeline in Marcaim village in Ponda Taluka in South Goa District.
In a letter to Deputy Collector Ponda, Sitaram Gurudas Sawal, GOACAN has pointed out that the pipeline section SV-5G (Marcaim) to Zuari GOA (Sancoale) has been shown as in South Goa District.
Secondly, there are several points mentioned by GAIL (India) Limited claiming to have acquired the Right of User in the area where the stated underground pipeline has been laid.
Further, the pipelines are carrying highly inflammable & hazardous Natural Gas, it said.
GOACANN has requested the Dy. Collected to convene a joint meeting of the concerned agencies such as the Directorate of Fire & Emergency Services, Police Department, Public Works Department, the Block Development Officer of Ponda Taluka and the officials of GAIL (India) Limited to verify the following:
# Whether proper signage has been installed along the underground pipeline.
# Whether the Village Panchayats through which the said underground pipeline passes have been informed of the same.
# Whether a map of the underground pipeline has been kept in all the concerned offices.
# Whether any Public Safety & Fire Safety Awareness Sessions on the Do’s and Don’ts regards this highly inflammable & hazardous Natural Gas have been conducted.
Copies of the GOACAN letter have been sent to the Chief Secretary, Collector & District Magistrate of South Goa, Director of Fire & Emergency Services, PWD Principal Chief Engineer, Deputy Director of Panchayats (South), SP (South) Goa Police and Director Civil Supplies & Consumer Affairs.