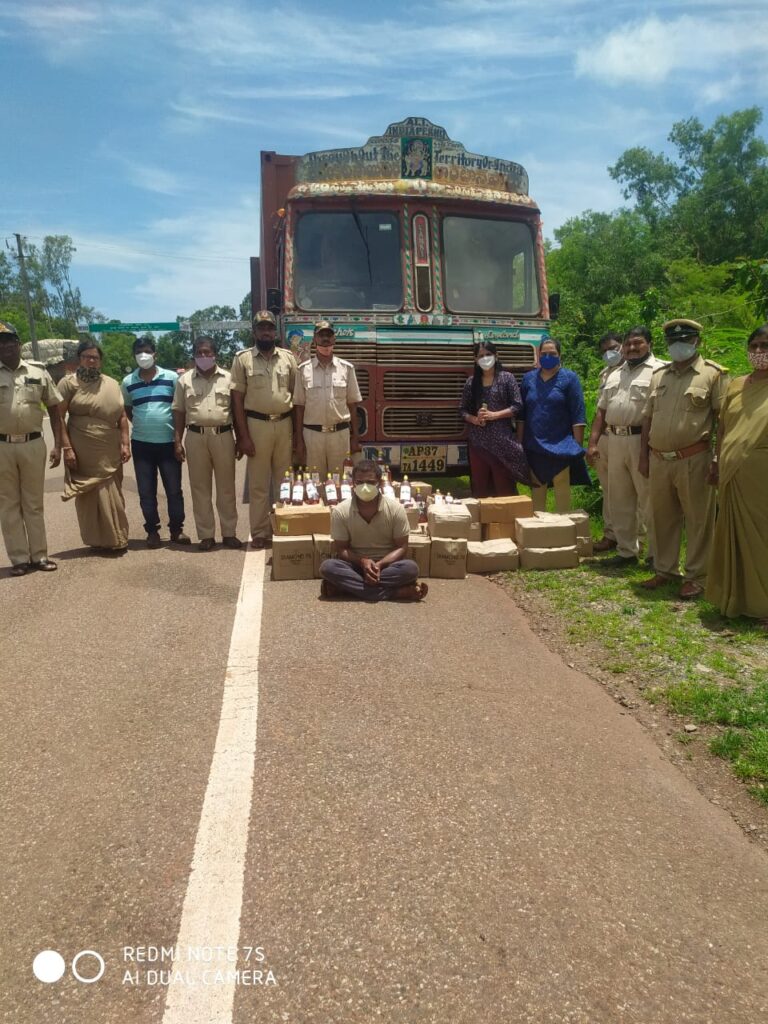 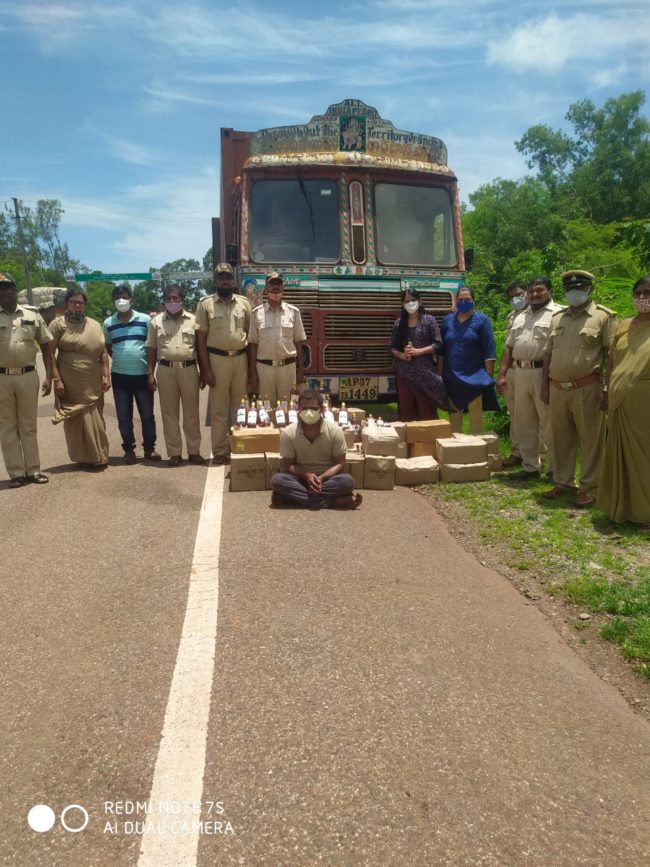 Indian made foreign liquor (IMFL) worth about 10 lakh was siezed from a lorry which had arrived from Goa and was proceeding to Andhra Pradesh in the early hours of Wednesday by the Karnataka Excise sleuths at Mazali checkpost.

The differences in the rates in the duties and other levies on IMFL liquor in each state of India has always attracted bootleggers to smuggle the booze from Goa and are always looking for ways to hoodwink the authorities at the check posts at the border.

In a similar case a fish carrying insulated truck registered in Andhra Pradesh was stopped by Karnataka Excise department officials at Mazali check post on the other side of Goa border at Polem in the early hours of Tuesday only to find IMFL and other liquor products worth rupees about 10 lakhs in the Karnataka market.

When the truck arrived we stopped

the truck for checking, we found a total liquor cartons hidden in the fish crates worth about 10 lakh, the liquor have been siezed together with the vehicle which is valued at about 11 lakh and crates valued at about 1 lakh he informed.