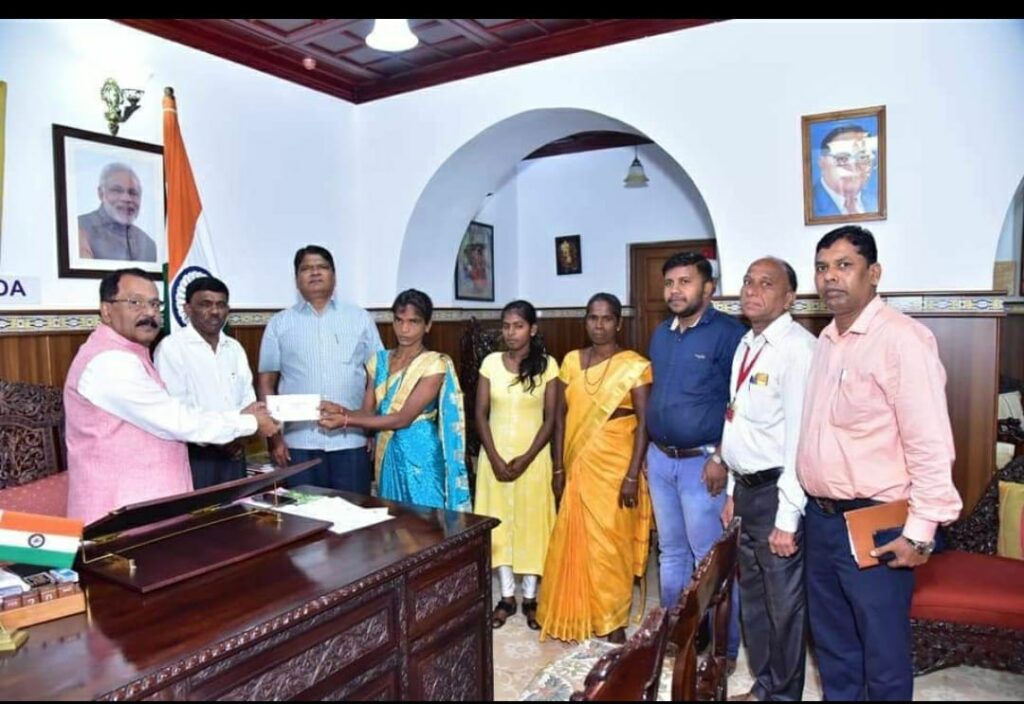 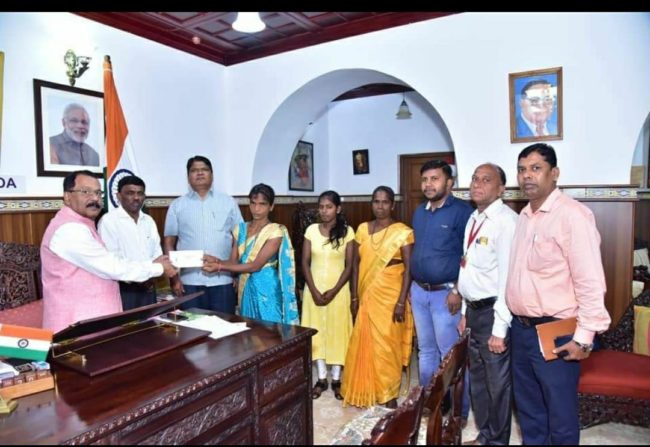 CANACONA – Governor Shreedhar Pillai contributed 1 lakh each for two house constructions, Baddem-Khotigao and Ziltawadi Gaondongrim, under BJP’s ambitious Seva Sankalp program.
It may be recalled that Chief Minister Dr Pramod Sawant laid the foundation to construct the two houses for the homeless families Ziltawadi-Gaondongrim and Baddem-Khotigao during his visit to Canacona on 9th April.
During the function, several others present made their big and small contribution to assisting the families in having a respectable house, which BJP as part of their Seva Sankalp program.
According to Canacona BJP sources, Speaker and Canacona MLA Ramesh Tawadkar initiated moves to hasten up the construction works and conveyed to the Governor of BJP Karyakarta’s efforts to help the families.
Governor Shreedhar Pillai, as his contribution, handed cheques of One lakhs of rupees each to the homeless families of Kavina Mirashi of Baddem-Khotigao and Ponu Gaonkar of Ziltawadi-Gaondongrim
at Cabo Raj Niwas, on Friday may be recalled that Chief Minister Dr Pramod Sawant, after laying the true foundation for the twin houses at Gaondongrim and Khotigao villages i9 the April, has also announced 1 lakh each to the two houses from CM Relief Fund, besides several others making their contributions.
The BJP Karyakarta will also contribute to constructing these two houses and identifying more homeless households, and building houses for them under BJP’s ambitious Seva Sankalp program.