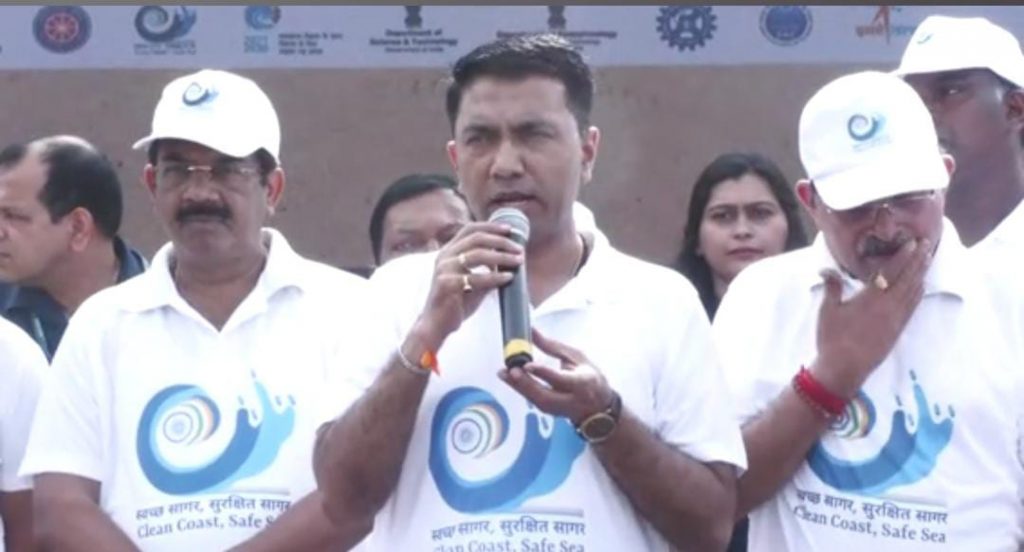 PANAJI: Chief Minister Dr Pramod Sawant today said that the state government is firm “No Drugs” in Goa while staying that the younger generation must participate in such good initiatives.

“Government is firm “No to Drugs” in Goa
the younger generation must participate in such good initiatives,” said Sawant

He further said that the state government has organised coastal cleanup initiative across 37 beaches in Goa to spread awareness of advantages of Blue Economy for future generations.

“Govt wants to promote safe and clean beaches for tourism so that Goa becomes India’s tourism capital, he added

Sawant said that we should also be able to preserve and pass on the benefits of blue economy to our future generation.

Sawant also appealed locals and the tourists to keep beaches clean all around the year.

Government is developing infrastructure in such a way that the coastal state will emerge as the country’s “tourism capital,” and sought investment in the key sector through public-private partnership (PPP) model,” CM had said.

Meanwhile, CM said that his government was in the process of asking people to invest under the PPP model, a public-private partnership.
“We have activated our PPP cell for those who want to invest in the tourism sector,” said Sawant