Govt will strive hard to get state festival status for Margao Dindi: CM 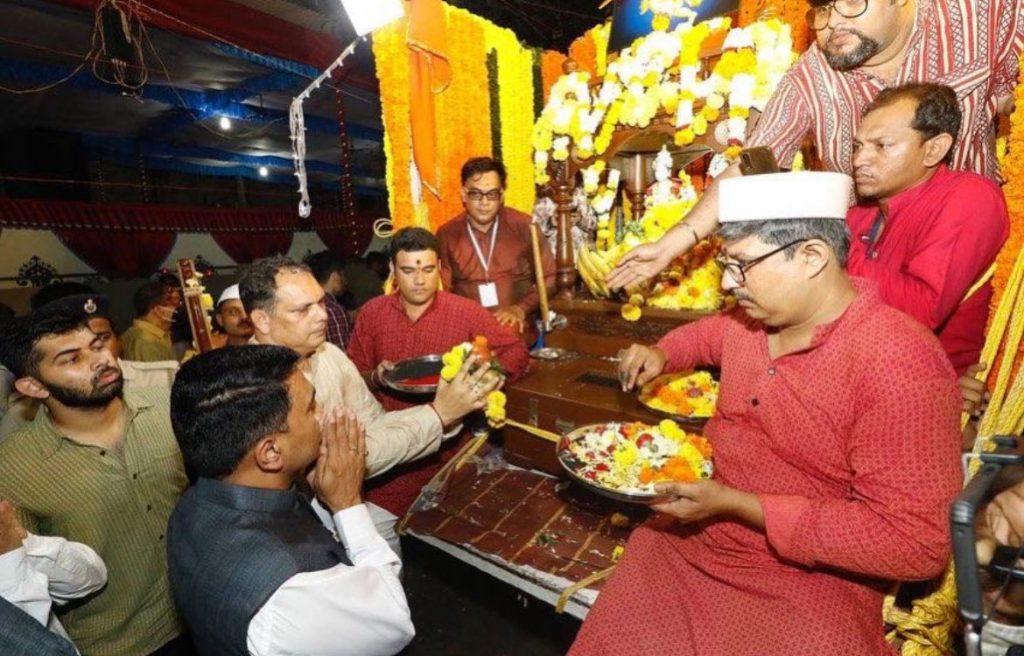 Goemkarponn desk
MARGAO: Chief Minister Pramod Sawant said that Margao’s famous Dindi would be declared a state festival next year.
“My government will strive hard to make state festival status for Margao’s Dindi. Govt will also facilitate to provide financial status for the organisation of the festival,” said CM Sawant after attending the 113th year of Margao’s Dindi festival.
He further said that the department of Art and Culture and Tourism decided to give the festival the status of a State festival.
“There’s no problem in granting state festival status to the Dindi festival. After the festival is declared as the State festival, the government will provide infrastructure and financial support to the management to organise the events,” he added.
Recently, the Margao MLA had said that they would pursue with the government to bestow the Dindi festival the status of a state festival.
“Because of the Covid pandemic, the festival could not grandly take place. I am aware of the need to give the Dindi festival official status. I will pursue the matter with the government,” he added.
Dindi is the main cultural and religious celebration of the Hindus of Margao, which is held at night. It is one of the oldest festivals in Salcete taluka, celebrated every year on the second day after Vodli Diwali, with great pomp and religious fervour at Comba-Margao, at the Vithal Rakhumai temple and the Damodar temple.
The festival dates back to 1909 and is dedicated to the Hindu deity Vithoba. It now takes place in the newly built Hari Mandir temple near the Adarsh School, Pajifond. Thousands of devotees from all over Goa and Karnataka flock to Margao to witness the festival.