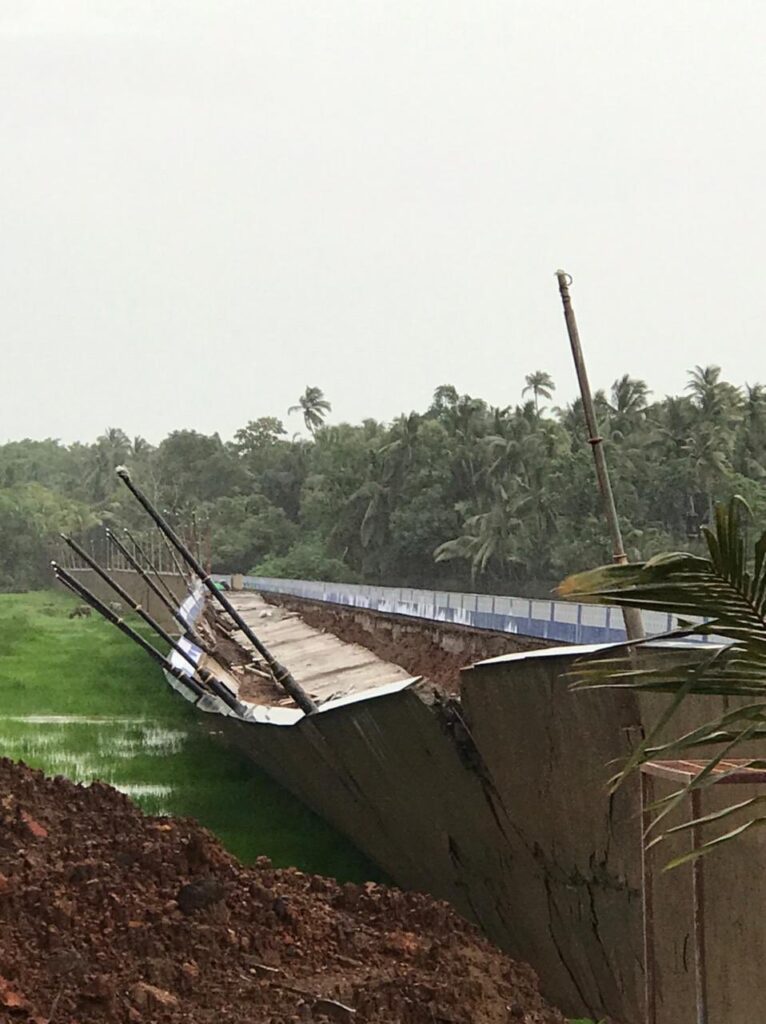 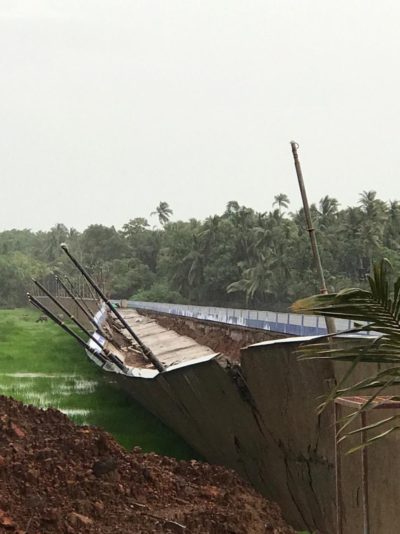 PANAJI: Goa State Infrastructure Development Corporation (GSIDC) has admitted that the collapse of retaining wall at Orlim was due to the lapse on the part of consultant and contractor, who failed to provide adequate number of weep holes.

The GSIDC has further said that the cost of the reconstruction of wall shall be recovered from the party found responsible for the failure with no additional cost to GSIDC, states the press note issued today.

The corporation further said that the second possibility is that weep holes that have been provided may have got clogged. Non provision of adequate number of weep holes is a lapse on the part of Consultants & Contractor.

“A simple exercise of providing adequate weep holes as per IRC code would have prevented this incident. Cost to reconstruct the wall shall be recovered from the party found responsible for the failure with no additional financial implications to GSIDC,” it added

The video of the collapse of newly built retaining wall and walking track in the first rain had gone viral.