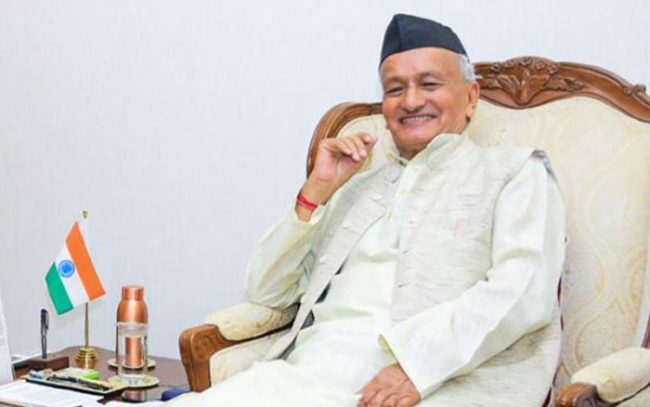 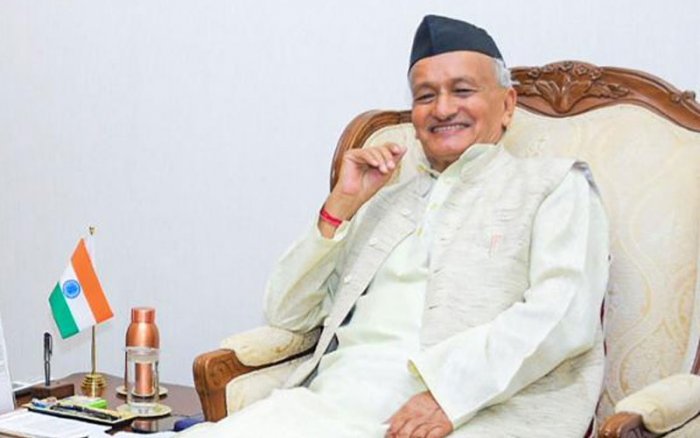 Panaji: The Governor of Goa, Bhagat Singh Koshyari has extended his warm greetings on the occasion of Goa Liberation Day.

“I extend my warm greetings and best wishes to the people of Goa on this historic occasion of Liberation Day of Goa,” the Governor said in his message.

“Liberation Day was a landmark day in 1961 as the Indian Armed Forces with commendable courage freed Goa from the shackles of 450 years of Portuguese colonial rule and made Goa an integral part of India. This is an occasion to remember with gratitude all the great men and women who sacrificed their lives to secure liberation of Goa. Many people from adjoining States had also joined hands with the people of Goa in the liberation struggle and we are beholden to them. It is only appropriate that on this memorable day, we also salute the brave and valiant soldiers as well as the spirited and selfless freedom fighters,” the Governor said.

The Governor further adds, “Goa is great not just because of its majestic ocean, grand old churches and magnificent temples. Goa is great because of its happy, peace-loving and industrious people who have contributed in large measure to different walks of life such as art, literature, music, architecture, tourism, science and technology and public life.”

“In the post-liberation period, Goa has made rapid strides in fulfilling the socio-economic aspirations of the people. Each one of us can take legitimate pride of the fact that Goa is reckoned among the most developed States in the country. It is a matter of pride that Goa enjoys the highest per-capita income in the country. Several beneficial welfare schemes have been rolled out over the years and the Government has worked energetically for the development of the State by providing infrastructure in the form of roads, railways, airports and bridges. Goa has become a top tourist destination in the world and the tourisms sector contributes a major chunk of revenue to the economy. Goa is also well-known for its communal harmony and peace,” the Governor said.

“My Government has been doing commendable work for the progress and development of Goa. The management of COVID- 19 has drawn praise from NITI Aayog for the innovative mitigation and management practices put in place and for the outstanding contribution made by the frontline Corona warriors in fighting the pandemic. In deference to the vision of Prime Minister to achieve ‘Atmanirbhar Bharat’, Goa Government has launched ‘Swayampurna Goa’ and laid a comprehensive plan and machinery to achieve this noble objective,” the Governor said.

“This year, this joyous day carries special significance as it marks the beginning of the 60th year of liberation celebrations. The State Government has decided to celebrate this significant milestone in a befitting manner. It is a matter of joy that President will be participating in the inaugural ceremony to herald the year-long celebration, which will showcase the art, culture and journey of the State in the past 60 years. On this momentous day let us all resolve to make Goa one of the best States in the country. Let us join hands to preserve our rich cultural heritage,” the Governor concludes.