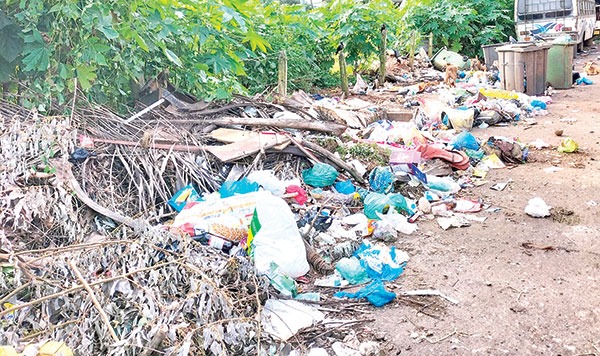 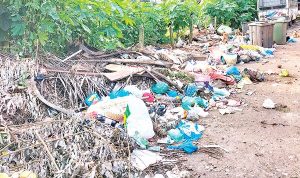 Goemkarponn desk
PANAJI: Goa Waste Management Corporation (GWMC) has been undertaking the cleaning of littered waste from National Highways and other major roads in the State of Goa through its appointed contractor KCIC Pvt. Ltd., since 2020.
Now, GWMC has observed that apart from the major roads few other roads have also become heavily littered and many black spots/dumps have been formed along these roads due to indiscriminate dumping.
The littering was observed from Pernem town to Siolim Bridge via Tuem, Parcem, Agarwada-Chopdem, in Salcete power House Circle (Aquem ) to Ramnagari (Sao Jose De Areal), FlorianoVaz Circle to Ramnagri junction, via Housing Board Margao, Rainbow Valley (Mugalli) to Davorlim Chapel, Bolshe Circle ( Gogol Margao ) to Sonsodd, Rawanfond Junction to St. Joseph chapel, San Jose de Areal, St. Sebestian Chapel Chinchinim to Betul and from Margao KTC to Verna Junction (Via. New Western Bypass).
In the Mormugao Taluka, the stretches on which littering was observed are from Varunapuri’s first gate to Dabolim Airport, from MES Junction to Queeny hotel via birla road, Hotel Queeny to the road leading to 3 King’s Church.
Similarly, in the Ponda/Tiswadi taluka from Marcel Junction to Old Goa Via Gaundalim Bridge PHC, Sanquelim Junction to Banastarim via Betki-Kandola Bypass Borim-Bytacol circle to Margao Belgaum bypass junction and in Tiswadi Taluka Agassaim to Goa Velha via Pilar, Old highway from GMC to Panaji Bus stand via Santacruz, GMC Bambolim to Dona Paula Circle and From Café Corte to Siridao Santacruz junction.
Taking cognizance of the same, GWMC has undertaken one-time cleaning of these littered stretches since November 9, 2022 through its Highway cleaning contractor.
Office of the Goa Waste Management Corporation (GWMC) has appealed to the general public to stop dumping waste on the roads and prevent the re-emergence of these black spots in future and instead hand over the waste to respective Panchayat’s waste collectors.
GWMC office also appealed to all the ULBs and Village Panchayats in the State of Goa to ensure 100% door-to-door waste collection from all its wards in its jurisdiction so that the public/residents are not compelled to throw waste on the roadsides
Further, the officials of the local bodies should ensure to invoke the provisions of The Goa Non-Biodegradable Garbage (Control) Act 1996 as amended and fine violators as per the provision of the Act.