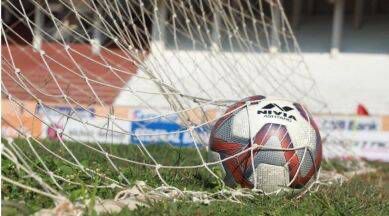 FIFA BANS AIFF – Indian Football BANNED: As expected, FIFA suspends the All India Football Federation (AIFF). This has been done due to “third-party intervention” in the affairs of AIFF. FIFA has also stripped India of hosting the U-17 Women’s World Cup and suspended Indian Football with immediate effect. It means Indian National Football Team will not be able to play any international games until the ban is removed.
Indian Football BANNED: FIFA bans AIFF and suspends all duties – OFFICIAL STATEMENT
FIFA Bans Indian Football:
The Bureau of the FIFA Council has unanimously decided to suspend the All India Football Federation (AIFF) with immediate effect due to undue influence from third parties, which constitutes a serious violation of the FIFA Statutes.
The suspension will be lifted once an order sets up a committee of administrators to assume the powers of the AIFF Executive Committee has been repealed and the AIFF administration regains full control of the AIFF’s daily affairs.
The suspension means that the FIFA U-17 Women’s World Cup 2022, scheduled to take place in India on 11-30 October 2022, cannot currently be held in India as planned. FIFA is assessing the next steps with regard to the tournament and will refer the matter to the Bureau of the Council if and when necessary.
On August 5, FIFA had threatened to suspend the AIFF, days after the Supreme Court’s directive to hold elections of the national federation.
The Supreme Court, on August 3 Wednesday directed the executive committee of the AIFF to hold elections expeditiously. Court had directed elections should be as per the schedule proposed by the Committee of Administrators (CoA), which is currently running the affairs of the national federation.
The elections are to be held on August 28, and the poll process began on August 13, as the top court approved the timeline prepared by the CoA.