Huge mango and tamarind trees crash on a house at Shiroda 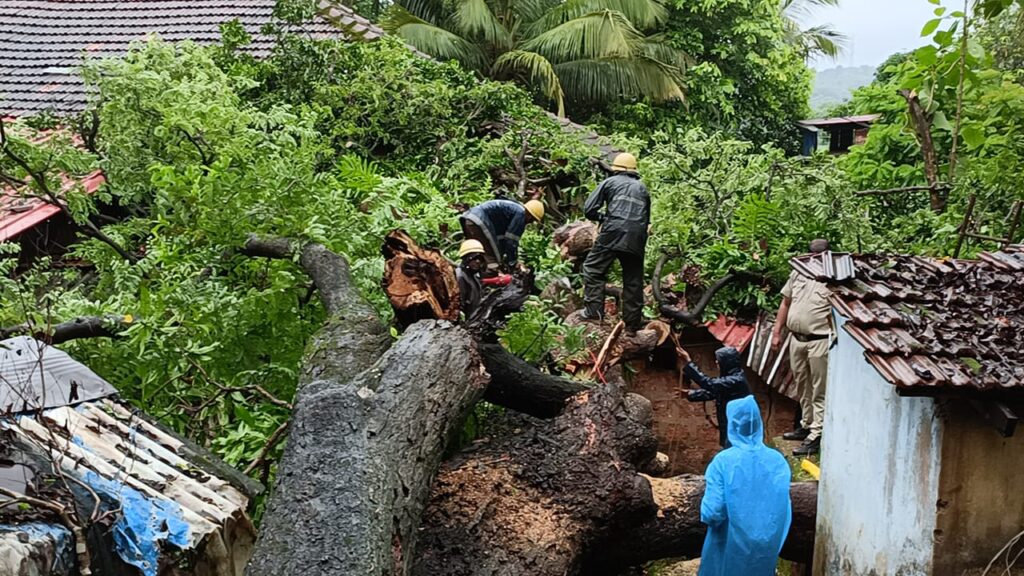 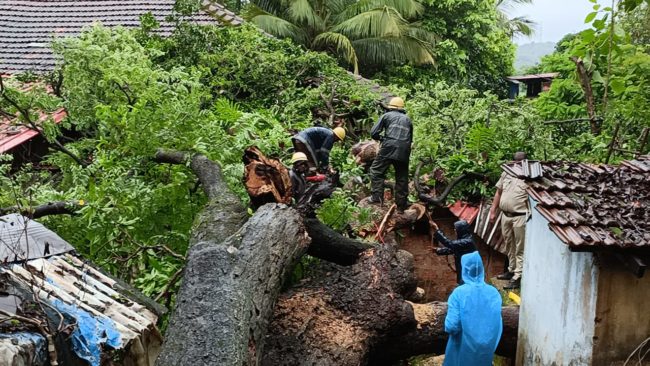 PONDA: In an incident that took place at around 11 am today morning, two huge age-old trees, including Mango and tamarind, fell on the house at Sacre – Shiroda causing major damage to the entire home.
Luckily 85-year-old mother-in-law and daughter-in-law who were in the house rushed out of the house.
The house owner Fervish Rapoz said he had gone out with his children to drop them at school while his mother and wife were at home who rushed out and saved life after hearing the loud noise of a tree crashing.
He could not control his tears. He said his entire house, including the kitchen, hall and goods inside the house and bed is badly damaged. He said he is in distress after the damage to the home and urged government to help him by providing some relief.
Ponda Fire Station Incharge Sushil Morajkar said soon after the call at 11 am, four personnel teams rushed to the spot and, after a lot of time, cleared the trees on the house.