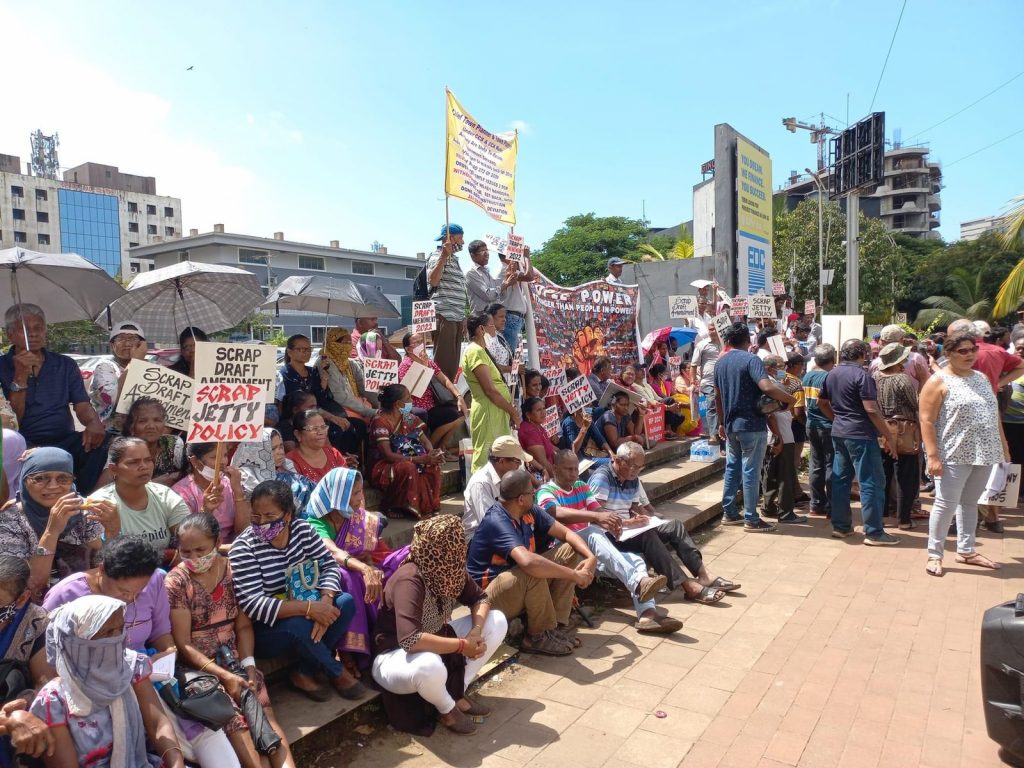 Goemkarponn desk
PANAJI: On Monday, hundreds of state citizens protested against the proposed controversial amendments to the TCP Act and the Jetty policy. The protesters demanded the scrapping of both in the interest of Goa and its people.
During the agitation, the protestors alleged that the amendments were basically an attempt to grab agricultural land under the garb of farm houses, film City and golf courses while also appealing to the citizens to wake up and show people the power of the government.
Environmental activist Abhijit Prabhudessai along with several others, demanded that the amendments be scrapped immediately. Lashing out at TCP Minister Vishwajit Rane, social activists said that the Minister has no regard for his own officers, the law, or the people of Goa.
“The TCP department has proved its incapacity to stop the destruction of Goa, as it has totally failed to stop the illegal filling of low-lying areas, cutting of hills, ugly constructions on hills and plateaus and destruction of the most sensitive parts of Goa,” said Prabhudessai.
He claimed that as per the amended Act, the regularisation of unauthorised structures is going to be allowed for big builders, with more than 500 square metres built-up area. 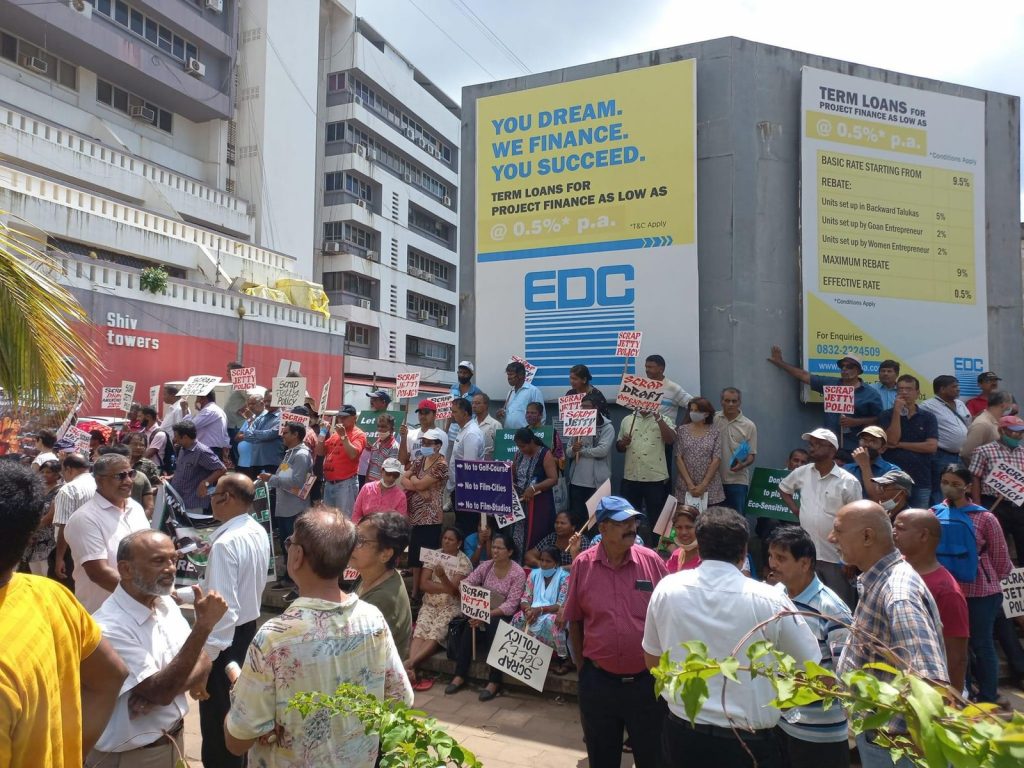 They also appealed to the people of Goa to gather to register their rejection of the amendments and to warn the government to respect democracy.
They also said that the draft jetty policy was restricted only to the tourism department website while no copies were sent to the village panchayats or municipalities. The locals further said that the jetties management committee, which has neither the knowledge nor the necessary experience, is arbitrarily empowered to carry out carrying capacity studies of rivers.
According to the villagers, any policy related to rivers and Khazars must be initiated by or in consultation with the local communities – tenants associations, Comunidades, fisher folks, farmers etc.