I don’t believe in the concept of pan-Indian movies: Rishab Shetty at Master Class 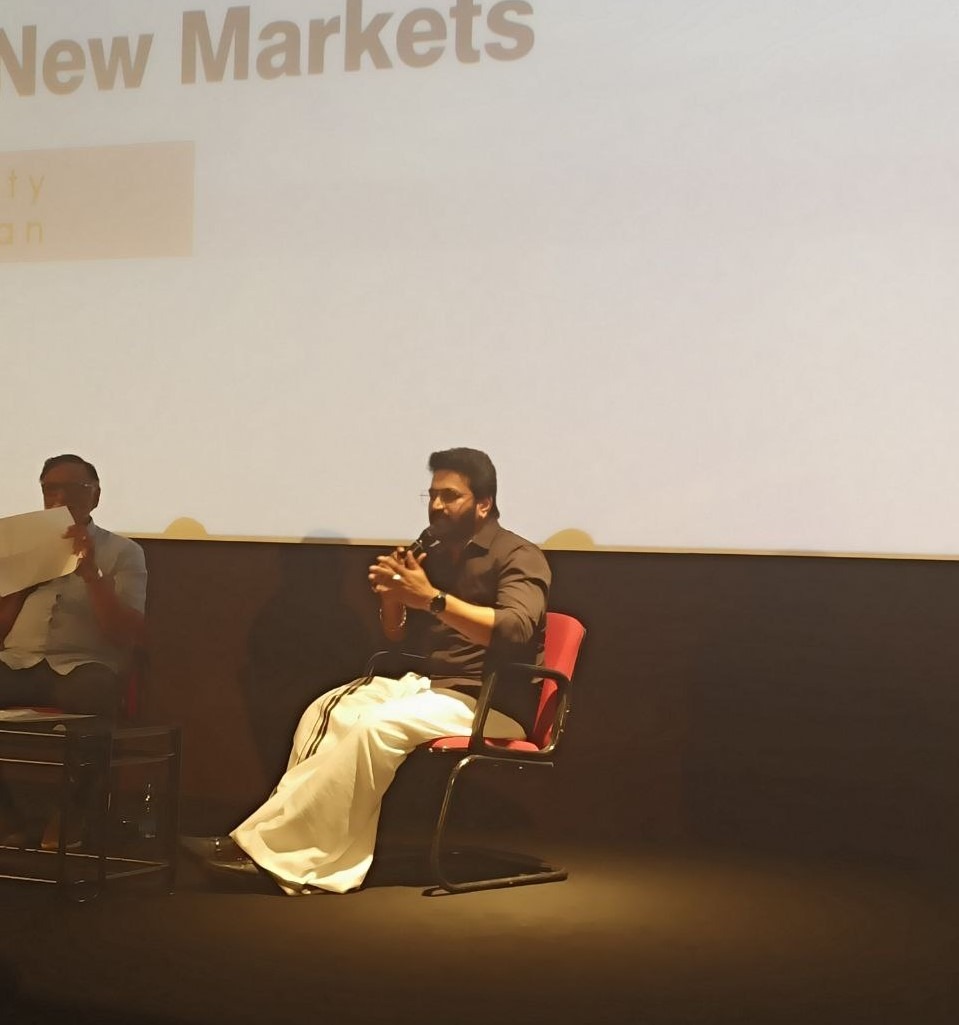 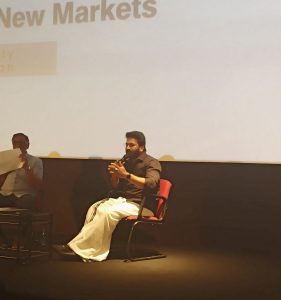 Goemkarponn desk
PANAJI: “India is an agri-based country; Our rituals, beliefs, way of life is based on agriculture. Consequently, every village of India has a ritual of their own which believes in natural deity that protects their livelihoods”, said Rishab Shetty during his conversation with T Thyagarajan on the subject ‘Representing Cultural Diversity and Identifying New Markets’ during the 53rd International Film Festival of India being held at Panaji, Goa.
Rishab Shetty, an actor, director and producer in Kannada film industry has many movies to his credit such as Ulidavaru Kandanthe, Kirik Party, Katha Sangama, Ricky etc. His ‘Sarkari Hi. Pra. Shaale, Kasaragodu, Koduge: Ramanna Rai’ won the National Film Award for Best Children’s Film at the 66th National Film Awards. Kantara directed by Rishab Shetty is his latest critically acclaimed film. He is also the lead actor in this commercial blockbuster which broke many box office records.
On the topic of representing cultural diversity in movies, Shri Shetty said Kantara at its core captures the ongoing conflict between humans and nature. It’s an amalgamation of nature, culture & fiction. He said our cultures & belief systems are rooted in every one of us. The movie was a result of the folklores he had heard and his experiences of childhood in the Tulunadu culture. Thus, he wanted the background music of movie to be naturally a beacon of the culture.
Discussing about his interests, Rishab Shetty said he was a Yakshagana artist since childhood. He was always fascinated to display the culture of kambala, daivaradhane, bhoota kola in films since he started his stint in industry. “ In Tulunadu, we believe in equality of all castes during daivaradhane, it’s a bridge between nature and human”, he opined.
He also told that he used to practice the kambala everyday to perform it in Kantara. He requested the people to not mock any cultural practice as the beliefs are close to hearts of people.
About the role of Shiva in Kantara, Shri Shetty said he had a passion since childhood to play such a character. The idea of Kantara was incepted during second COVID lockdown and he shot the entire movie in his hometown Kundapura, Dakshina Kannada District in Karnataka. Speaking about the cast he added that most are newbies and are theatre artists of Bangalore and Mangalore.
Talking about his breath-taking performance in the climax of Kantara, he said climax is the imperative as that is what stays with people. The harmonious coexistence of nature, man and spirit is the need of the hour, is the message in the movie.