This film signals that there are problems which are not necessarily linked to the material world: Director Krzysztof Zanussi 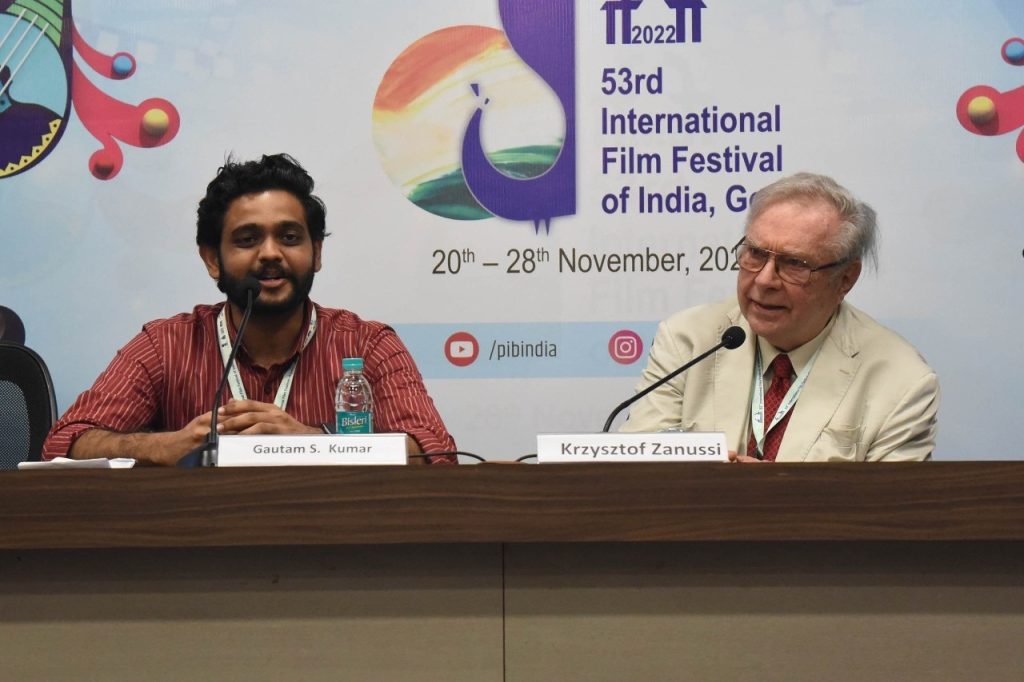 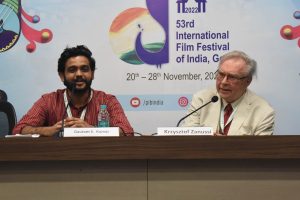 Goemkarponn desk
PANAJI: “This film tries to signal that there are problems which are not necessarily linked to the material world.” said Director of film Perfect Number Krzysztof Zanussi. Speaking at a press conference organised on the side-lines of 53rd International Film Festival of India (IFFI), he said that there may be other reality beyond the material world. And science is not denying it anymore since we have quantum physics which realises that all this Newton-era is over and all these things which were so certain in 19th century are not certain anymore. This is all now in question and this may be the impulse,why I made the movie, he added further.
IFFI closed its curtains with the International Premiere of veteran Polish filmmaker Krzysztof Zanussi’s enigmatic film, Perfect Number, which searches for philosophical answers in the mathematical theories of quantum physics and calculus to push the limits of physics, where Science meets Transcendence. The film is about a young Mathematician who meets his long lost cousin who is wealthy and this meeting changes their lives in various ways.
Talking about the inspiration behind making the movie, Krzysztof Zanussi said, “It is inspired by a real person. There is a mathematician in St Petersburg, Russian-Jewish who got an award of 1mn dollars. He sends back the check, saying it is distracting and he doesn’t want to be distracted.”
“So, I think, it is quite remarkable nowadays that after centuries of running after money , may be now, humanity is getting mature, to understand that possessing money is not essential, and we have other problems which are probably more important and interesting.”, he said.
Responding to a question over the contradiction between faith and science, which is the main theme of Perfect Number, Krzysztof Zanussi said, “This question is open. We will never know for sure, until we die, if there is something after or not. I hope there is. That’s on the hope that is faith.”
Speaking about the progress and constant changes in its definition, Krzysztof Zanussi, said that progress what was meant progress 20 years ago is not progress anymore. “We have to find new definition of progress or new goals of humanity at least to survive, because our existence on this planet is challenged because of ecological catastrophe that we are provoking and because of the weapons that we have created. And these weapons may be the tools of self- destruction.” he said.
Krzysztof Zanussi observed, “Human being is self-destructive unlike other animals. So, this is something bothers me a lot. And probably this is what I tried to put in the film. My concern about future of the world, about what to do to be sure that humanity will grow.”