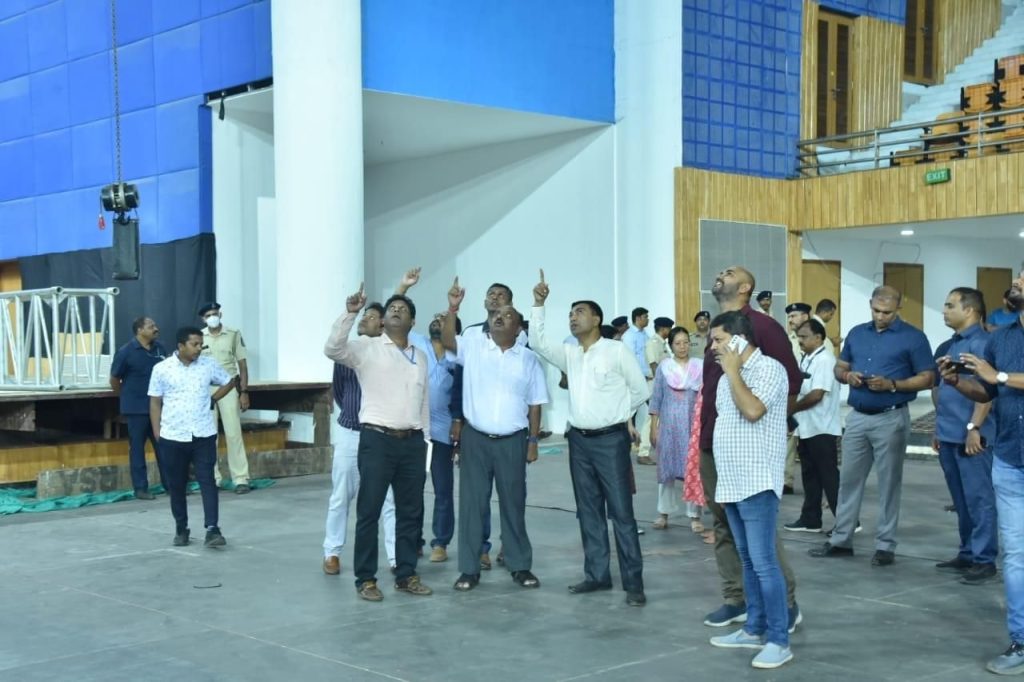 Goemkarponn desk
Panaji: Goa Chief Minister Pramod Sawant on Monday inspected the infrastructure being set up to host the International Film Festival of India (IFFI), scheduled to be held from November 20 to 28 in Panaji.
Sawant was accompanied by North Goa Collector Mamu Hage and other officials as he reviewed the preparations for the premier film festival being organised by the Entertainment Society of Goa (ESG), a special purpose vehicle of the state government.
Sawant also visited the make shift arrangements made for the ‘Film Bazar’, which is hosted on the banks of River Mandovi here.
“There is excitement among the delegates to participate in this film festival, which is happening on a grand scale after the COVID-19 pandemic. All the venues have been inspected and work is on the right track,” the CM told reporters.
The delegates will start arriving in the state from November 18 onwards, he added.
ESG Governing Body member Sharmad Raiturcar said there is an exclusive ‘Goan Section’ in the festival in which ten short films and feature films would be showcased.
“There will be special masterclasses for Goan filmmakers, which are exclusive by-invite events. Renowned personalities from Hindi and Marathi film industry will be addressing the masterclasses,” Raiturcar said.