IIT Goa will come up at Sanguem itself, says Subhash Phaldesai 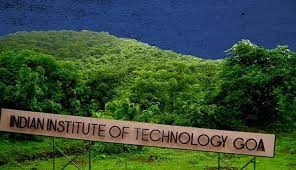 Goemkarponn desk
SANGUEM: Minister for Social Welfare and Sanguem MLA Subhash Phaldesai said that IIT will come up at Sanguem itself.
Reacting to news that the Centre has opined that the identified site at Sanguem is inadequate, he said he will ask govt to allot more than three lakh square meters of land for the project.
He said that this additional land will be procured from land owners in the vicinity at cheap rates.
“We are in talks with adjacent landowners, and they have agreed to sell their lands cheaply,” said Phaldesai.
He said the Centre had sought 12 lakh sq mts of land for the premium institute.
However, the Goa govt had identified 7 lakh sq mts land for the purpose. Centre rejected the proposal of Goa govt stating that hardly 3 lakh sq mts land would be left for development, since remaining land is either under green cover or rocky.
“I want IIT in Sanguem,” asserted the minister
Wherever you go in Goa objections will be there over some issue or the other. Leadership has to be firm, he opined.
“Let landowners come with titles. If they had papers, they would have approached the courts by now,” he added. Even if a different site is chosen that also will be at Sanguem as the Taluka has more sites where IIT can be set up, he asserted.