In Canacona only two p’yats had stability; 5 others had more than 2 Sarpanchs 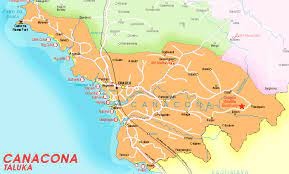 CANACONA – While the term of all the seven panchayats in Canacona taluka comes to an end on 19th June, instability (or Game of Musical Chair) was the word in five panchayats in the taluka.
At least two Panchayats in Canacona, Poinguinim and Khotigao, have no sitting sarpanch even as the tenure of the Panchayat’s term in the State comes to an end on Goa Revolution Day (18th June).
Since the last panchayat elections, Khola and Khotigao Panchayat’s had only one Sarpanch throughout the tenure, with the only exception in Khotigao that the sarpanch Daya Gaonkar(who held the post since the last election) has resigned in the month of April, but no new sarpanch is elected to succeed him as yet).
At Khola, where the position of Sarpanch is reserved for women, Poorna Srinivas Nayak continued to hold the position of Sarpanch since she was first appointed post last Panchayat elections.
At Agonda, the post of Sarpanch was rotated five times in this term, every time unseating the sitting Sarpanch, thus making this Panchayat the most unstable one. Soon after the elections, Barsat Naikgaunkar was elected to the post of Sarpanch, but he was unseated within 6 months, and Pramod Phaldessai became Sarpanch; however, a year later, Pramod Phaldessai was unseated, and Abel Borges occupied the post for a still shorter period of just about three months, only for Pramod Phaldessai to return back as Sarpanch. Phaldessai’s new tenure is now short-lived as he was again unseated in an NCM, and Badal Naikgaunkar (elder brother of Ex-sarpanch Barsat) is elected as Sarpanch and continues to do so as the panchayat term comes to an end this month.
It’s an almost similar situation at Shrishthal panchayat, a seasoned and experienced Devendra Naik is installed as Sarpanch soon after the elections, only to be unseated in a no-confidence motion, and Ganesh Gaonkar became the Sarpanch.
Thereafter, however, as per the agreement, Ganesh Gaonkar rotated the post and handed over the baron to Datta(Pandurang) Gaonkar, who too passed on the baton to present Sarpanch Ramu Naik. However, the last three rotations are amicable, unlike in Agonda, where all the incumbents were ousted.
Suman Gaonkar became Gaondongrim Sarpanch, where the post is reserved for women and remained unscathed till Mrs Gaonkar got selected for a government job and submitted her resignation. Since December last, then Anjali Velip has held the post as the second Sarpanch of the term.
At Poinguinim, soon after the elections in 2017, the second time, panch Ramdas Pujari became the Sarpanch, only to be ousted shortly after by a panch group holding allegiance to panch Pravir Bhandari. Later amidst infighting to occupy the coveted chair, Marlim-Tirval, a first-time elect panch Jagdish Gaonkar became the chance sarpanch and continued till he was ousted in another reshuffle move just 3 months(in April) to go for the term to end. However, the installation of a new Sarpanch fizzled out as the Directorate of Panchayat issued no notification to elect a new Sarpanch while the term itself is coming to an end by Goa Revolution Day (18th June). Being the home village of Speaker and present Canacona MLA, Ramesh Tawadkar panch members of Poinguinim allege politics being played in the unsavoury role to deny a new sarpanch in the village.
Loliem-Polem panchayat, the seventh and southernmost bastion bordering Karnataka, though amicably, also witnessed as many as five changes with the present incumbent Sachin Naik running his second stint of this term.
Seasoned and experienced Ajay alias Ajit Lolienkar was the first to occupy the sarpanch chair of this term, who, however, resigned to make way for Shailesh Pagi. Pagi, as agreed, vacated the seat and handed over the post to Sachin Naik, and Naik, after his agreed period, felicitated Nishant Prabhudessai as new Sarpanch.
However, Prabhudessai, who was supposed to continue till the end of the term, resigned shortly after and handed over the baron once again back to Sachin Naik, who is now seeing through the term-end.
Incidentally, while Khola panchayat, which falls under the Quepem constituency, showed their allegiance to congress MLA Babu Kavlekar and eventually continued its allegiance, Panchayat’s allegiance to Kavlekar, who went on to switch his political allegiance to BJP, became Dy Chief Minister and lost recent assembly elections. Khola panchayat through Kavlekar is now with BJP.
Incidentally, after the 2017 panchayat elections, except for Poinguinim, all panchayats showed their allegiance to Congress MLA Isidore Fernandes, continued to do so, and even Poinguinim Panchayat joined the list after Fernandes switched sides to join BJP and became Dy speaker.
During the 2022 Assembly elections, except for Shrishthal (where Sarpanch Ramu Naik) sided with Congress candidate, all other five panchayats (Sarpanch’s and ruling panchas) in the Canacona constituency rallied behind Fernandes, inspite of which, however, he eventually lost the election.