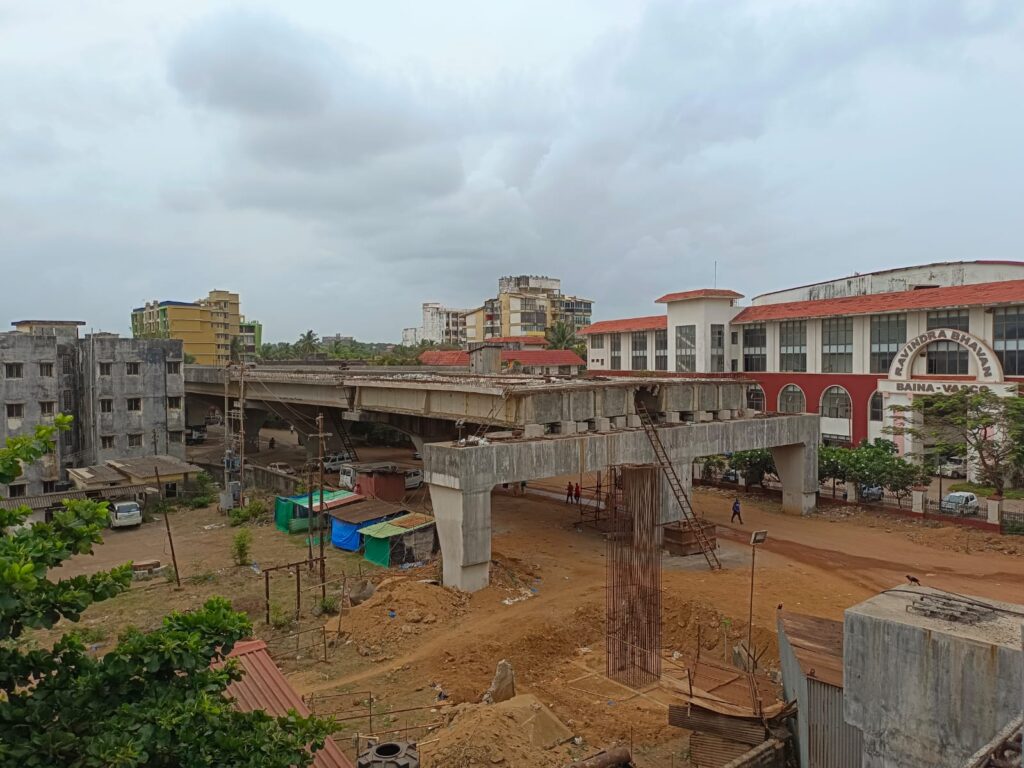 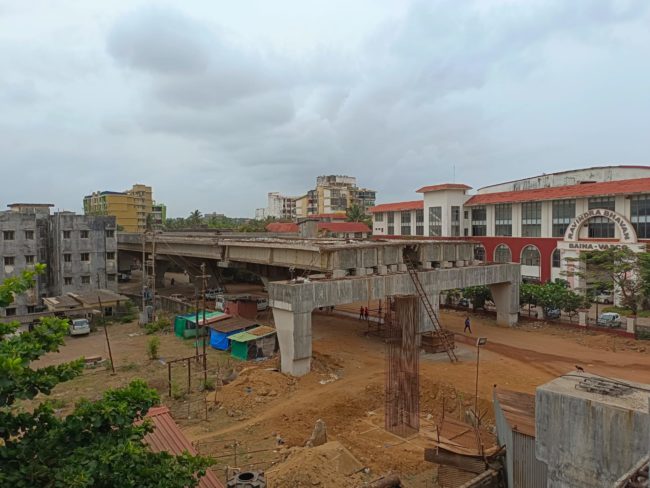 VASCO: Incomplete project of Missing Link road in Vasco has led to the rampant dust pollution and speedy movement of heavy vehicles from the city road making it a dangerous situation for the common commuters and pedestrians.
The state government needs to set its priorities right. Several projects which are being rapidly inaugurated are incomplete or non-functional for many months. This nonfunctionality is proving to be painful for common people. One such mega project known as the Missing road link project, which connects the road to MPT port, has remained incomplete partly.
The incomplete connectivity project has continued to burden the city roads, which are being used by cargo-laden trucks and other heavy vehicles throughout the day and night. The speedy movement of heavy vehicles on these busy roads has further aggravated the problem of dust pollution, which is happening due to coal dust and Bauxite dust, which falls on the roads during transportation.
Further, fatal vehicular mishaps have also increased due to the heavy vehicles plying on these roads.
Xencor Polgi, the anti coal activist, slammed the state government and the concerned authorities for turning a blind eye towards this incomplete project and has also questioned why such an important project was left half done.
He further said that crores of funds are being pumped to build this project so that the heavy vehicle transportation could happen through the Missing link flyover road, which will directly go into MPT Port. “But this project was hurriedly inaugurated a few months ago. Why such drama is being played by our politicians risking the lives of innocent citizens,” Polgi said.
Polgi demanded that the local MLA should take up this issue in the assembly session, and the state government should immediately complete this project for the safety of the people.