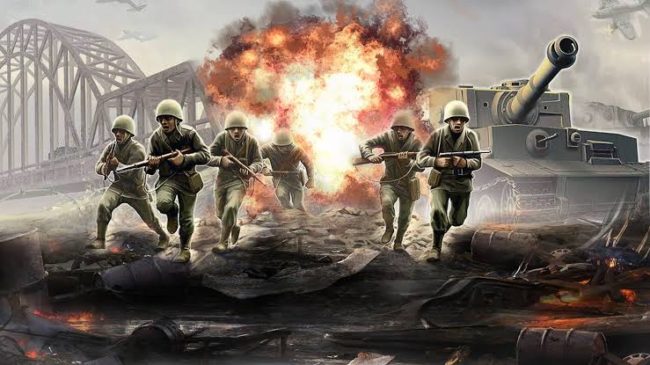 If World War III breaks out in future, India will be able to respond to it on the basis of available material resources and military strength, said experts at the seminar on ‘2021: Challenges Facing India and the World’. This online interaction was organised by Hindu Janajagruti Samiti. Defence and Foreign Policy expert from New Delhi Mr. Abhijit Iyer-Mitra, National Secretary of Bharat Raksha Manch Mr. Anil Dheer, an American researcher and editor of the ‘PGurus’ website, Mr. Sree Iyer and the National Guide of Hindu Janajagruti Samiti, Sadguru (Dr.) Charudatta Pingale were present on the occasion. The event was viewed live by 33,062 people on Facebook and YouTube.

Defence and Foreign Policy expert Mr. Abhijit Iyer-Mitra said, China could cause World War III, not directly but indirectly. If China invades India, Pakistan can also invade India; however, if Pakistan invades India, China will not come to Pakistan’s aid because China is selfish, it has never gone to help its own friends like North Korea. China ensures how to reduce its own losses.

The editor of the ‘PGurus’ website, Mr. Sree Iyer said China was stealing and copying various technologies from around the world. The quality of its products is not good. The Vietnam War has forced China to flee the ground. Since China has not actually won wars, the question is how long its weapons and aircraft will last in the war. Technology and tools other than actual warfare can be used by China.

National Secretary of Bharat Raksha Manch Mr. Anil Dheer said that the Prime Minister of Pakistan is only nominal and it is known to the world that all affairs are run by the Pakistan Army. The situation in Pakistan is likely to worsen further in the future. China has learned from the Ladakh issue that India is no longer the India of 1962. So instead of war, it is trying to break Nepal and Sri Lanka away from India; however, that will not be possible; as Nepal has cultural ties with India, Nepal-India friendship will remain intact.

Sadguru (Dr.) Pingale, National Guide of Hindu Janajagruti Samiti said that due to economic hegemony, expansionism, selfishness and egoism of various countries around the world, the world is heading towards the WWIII. If World War III were to happen, there would be no reason for India to fear China, which is superior to India in terms of military, armaments and other equipment, as well as the Islamic countries that are fuelling jihadist terrorism. It should be noted that Shriram, Shrikrushna, Arya Chanakya and Chhatrapati Shivaji Maharaj have won wars despite having less army and equipment because they were on the just side of Dharma.