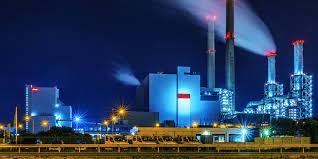 FATORDA: Goa Forward Party (GFP) has claimed that the industries in Goa receive the power of pathetic quality inspite of paying a premium.
“It is shocking to know that even after paying a premium, industries in Goa are receiving the power of pathetic quality, putting their machinery and other infrastructure at risk of permanent damage,” said GFP President Vijai Sardesai.
He further said that Government had decided to purchase power from the open market but doesn’t appear to have imposed any penalty clause on the power company for poor quality power.
Sardesai said that his Goa Forward party is seized of the gravity of this issue as it threatens the livelihoods of hundreds of Goans if the industries choose to relocate en masse because of the Government’s irresponsible and myopic attitude.
“This will be disastrous to Goa economically and socially and will also hamper our ability to attract further investments into the state,” he added.
Sardesai has requested the aggrieved industries to share their grievances and suggestions with GFP. He has promised to raise them in the forthcoming Legislative Assembly session with the seriousness that it deserves and ensure they are resolved.