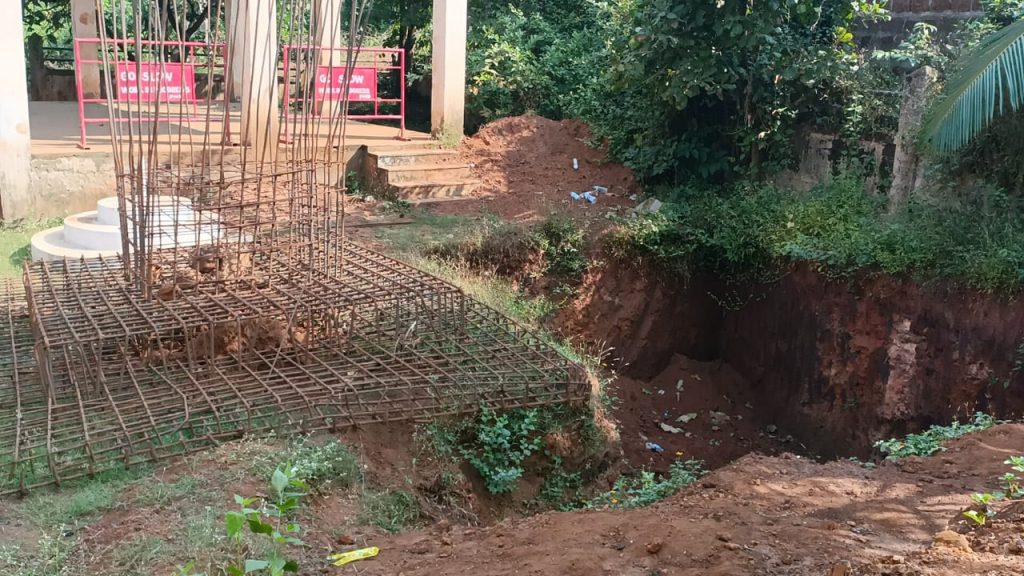 Goemkarponn desk
PONDA: The Kundaim locals opposed the Mobile tower in the School premises at Kundaim at Kundaim, stating it is hazardous to students’ health.
The locals demanded to shift the mobile tower at IDC or erect it over any government building.
The locals also foiled the second effort of the Mobile company to erect the tower without proper documentation, taking the chance of holidays on Saturday and Sunday.
The officials, including Mamlatdar, Police had arrived at the spot; however, as locals saw the document’s expiry date, they sent them back. Locals also warned to stage agitation if an attempt is made to erect the tower.
Vijesh Naik said the PTA had already opposed the tower on school premises, and even parents had warned school authorities to remove children from school the day when the tower will get erected even if one year of students gets wasted.
The parents are more bothered about students’ health and don’t want to send children to school where the mobile tower is erected.
Vijesh Naik said despite parents warning to remove students, there is an effort to erect the tower. He alleged that the government wanted to shut down the Kundaim school by erecting a mobile tower.