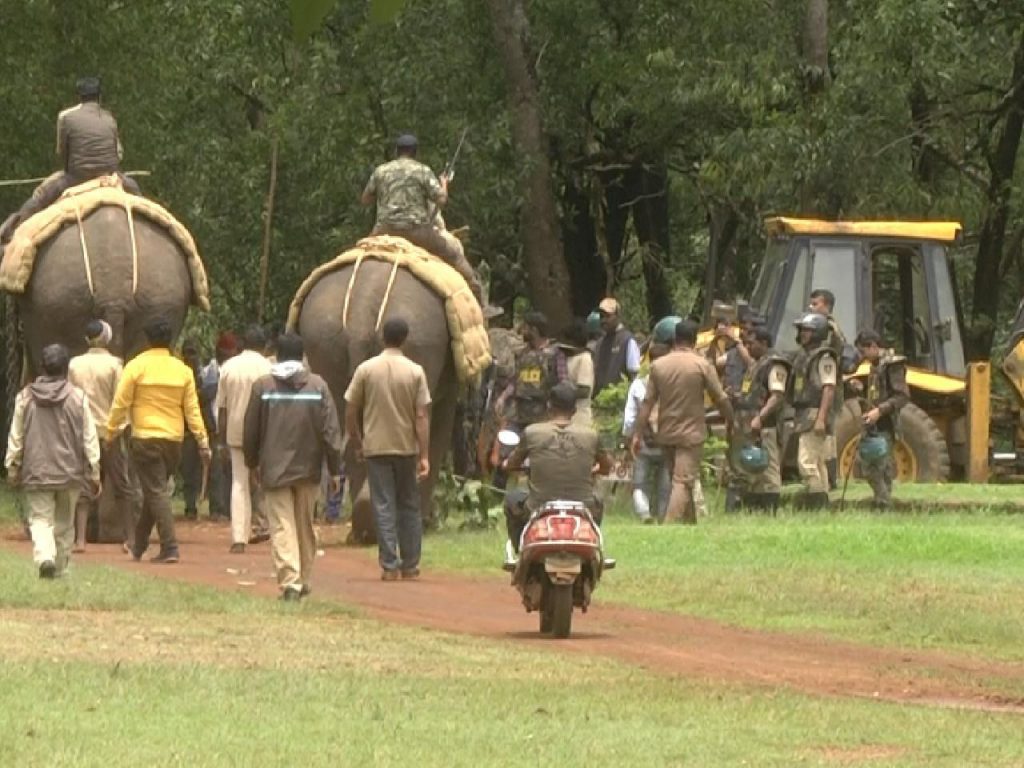 Goemkarponn desk
Belagavi: It has been close to 20 days since a leopard attacked a man in Karnataka’s Belagavi and despite multiple sightings, efforts by officials to trap the big cat have failed to bear fruit so far. The animal remains elusive even as authorities resumed search operations on Thursday. Twenty-two schools remained shut on Thursday. The students are being taught online. Forest department officials formed two separate teams and began the operations with the help of two elephants – Arjun and Aale – that were brought in from Shivamogga’s Sakrebailu camp.
The elephants and officials were also accompanied by four bulldozers. Tranquiliser operators of the forest sat inside the bucket of the bulldozer as it tore through the thick foliage in parts of the Golf Course area where the leopard was spotted. According to TV9 Kannada, 23 camera traps and nine cages were placed by the forest department officials at strategic locations. They are also using 12 nets measuring 100 meters. Twenty-twoNeary 140 forest department officials, 50 policemen and eight tranquiliser operators took part in the search operation.
The leopard was first spotted on August 5 in Jadhav Nagar, where it had attacked a construction worker named Siddarayi. On August 8, the leopard was caught in a camera trap installed by the officials in the Golf Course Area. Despite search operations, the animal remained elusive. On August 22, the leopard was captured in a video by a private bus driver on Monday crossing Club Road. Despite a prolonged search operation and added manpower, the authorities have been struggling to capture the elusive animal.