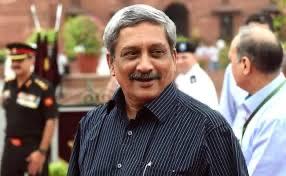 Goemkarponn desk
PANAJI: The New Goa International Airport at Mopa is likely to be named after Former Chief Minister Manohar Parrikar.
Sources have revealed that the state government has communicated with the Ministry of Civil Aviation to convey the decision.
The nomenclature process had hit controversy over the names of former defence minister late Manohar Parrikar and the state’s first chief minister Dayanand Bandodkar as potential possibilities.
Amid reports that the state government had recommended the name of Parrikar, who served as the state’s CM on four occasions, Sawant, was non-committal.
“The Union Civil Aviation ministry will decide about naming Mopa airport,” Sawant had said during a press conference after he was asked whether the state government had proposed the name of Manohar Parrikar for the upcoming project.
The New Goa International, or the Mopa airport, has been built at the cost of Rs 2,870 crore on 2,312 acres by GMR Group’s special purpose vehicle Goa International Airport (GGIAL)
The first test flight at the Mopa airport was conducted in September this year. It was on an Indigo Airlines A320 aircraft, chief minister Pramod Sawant had announced at the time.
The Mopa airport received approval from the Directorate General of Civil Aviation (DGCA) for handling scheduled services on October 26 this year.