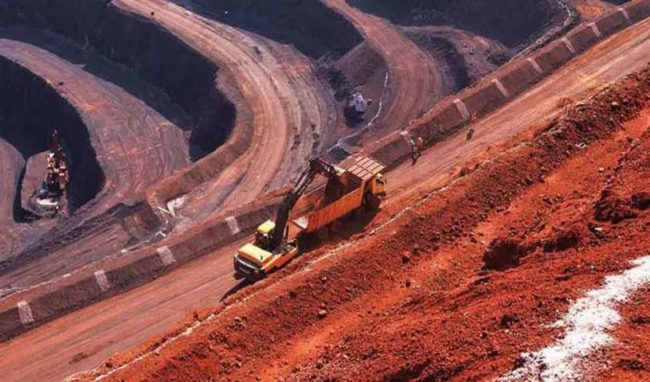 Goemkarponn desk
New Delhi: The Goa chapter of the Mining Engineers Association of India (MEAI) has urged the Centre to review and completely withdraw the 50 per cent export duty imposed on low-grade iron ore (below 58 per cent).
The Association claimed that the imposition of export duty will have far-reaching ramifications not only on the iron ore mining industry in Goa but also on all the operations across the country producing low-grade iron ore.
The MEAI-Goa chapter mentioned that the iron ore industry is already hit by several factors, including a four-year-long mining stoppage in the state leading to the destruction of over 3 lakh livelihoods.
This export duty structure by the Central government will further worsen the situation by forcing many low-grade iron ore and merchant pig iron producers to shut down their operations due to economic unviability of the operations, leading to job losses of the mining professionals and workforces engaged in such operations.
The Chapter also expressed concern over the huge stockpiling of low-grade iron ore across all the mining operations in the country, which is non-saleable domestically and won’t be economically feasible for exports due to the 50 per cent export duty.
The Association highlighted that imposition of export duty to the tune of 50 per cent has made iron ore export unviable and is as good as an export ban. This has already led to a significant drop in iron ore prices across the country and has also reduced revenues accruing to state governments in the form of auction premiums, royalty, DMF and NMET. Lower collection of these funds and levies will adversely impact the state revenues and socio-economic development activities in the peripheral areas of the Iron Ore mines.
Joseph Coelho, Chairman- MEAI, Goa chapter, said: “First and Foremost, we laud a few landmark decisions taken by the government to curb inflation, including the withdrawal of import duty on coal. However, we believe that imposition of export duty on iron ore, especially low grade (below 58 per cent), will not lead to any steel price reduction in the country since low-grade iron ore is not feasible for utilisation in our country’s domestic steel operations unlike other steel-producing countries, which consumes low-grade iron ore below 58 per cent grade. There is no domestic market for such low-grade iron ore, and hence there is no option but to export this low-grade ore which is mainly in the form of fines.”
He also added that “most of the integrated steel companies across the country meet their iron ore requirement from their captive mines, and they also sell/export low-grade iron ore fines below 58 per cent. There is no reason to restrict the export of low-grade iron ore, which can earn the massive foreign exchange and exchequer contribution for the country”.
Currently, a non-moving stock of close to 121 million tonnes of mainly low-grade iron ore is lying at mine heads and in dumps in the country.
In iron ore mining, lumps are generated to the tune of only 25-30 per cent, and the balance of iron ore is in the form of fines.
The fines below 58 per cent are non-saleable domestically and need to be stockpiled, which occupies huge space in mines and may become an environmental hazard while limiting the scope of scientific mining.