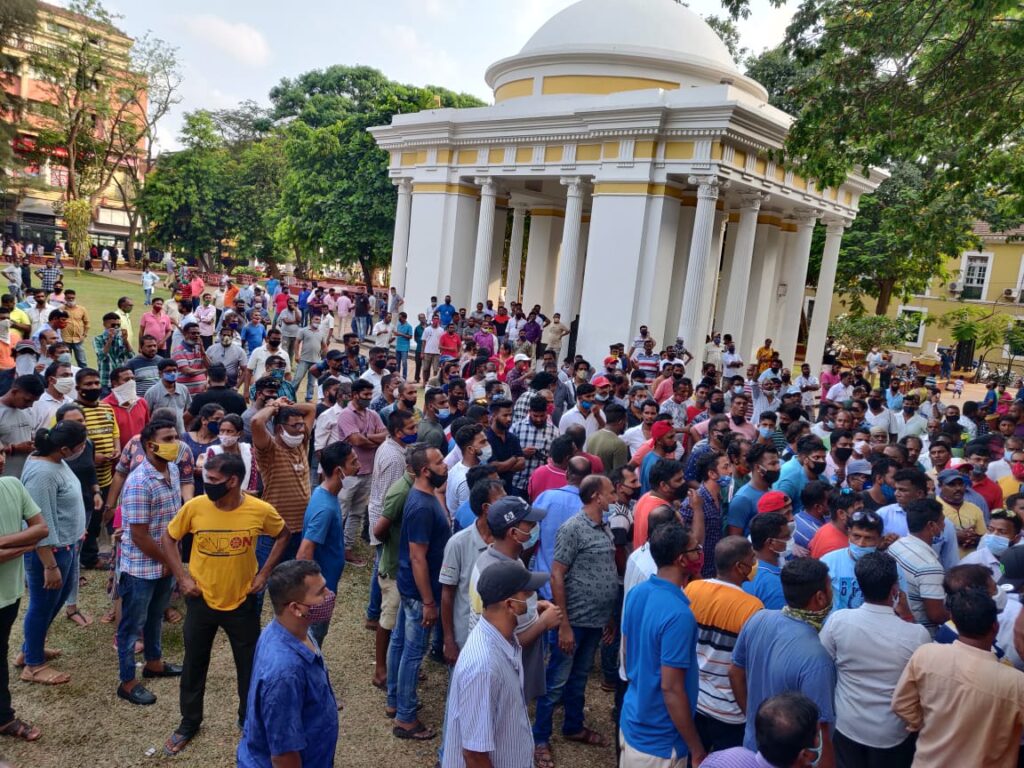 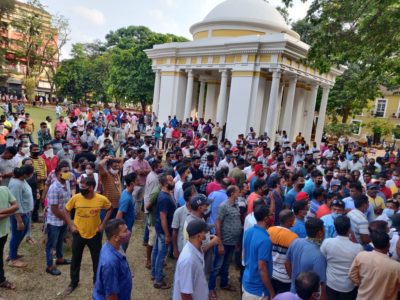 PORVORIM:  The meeting between the Transport Minister Mauvin Godinho and the taxi owner’s associations failed to break the deadlock as the taxi operators said they will continue strike until government meets their demand of scrapping Goa Miles App.

“Our meeting was basically inconsequential as the minister continued his rhetoric of calling off strike.  We had just one demand scrap Goa Miles, which he is not assuring on,” said Laxman Korgaonkar of Taxi Association.

Korgaonkar said he is 200 p.c sure that the Godinho can resolve this issue.

“They want us to call off strike and say that the counter will be closed. They are trying to put ointment on our wound,” he said.

“Till it is not scrapped we will not call off strike,” he said.

Transport Minister Mauvin Godinho said the talks were fruitful and the taxi owners have shown inclination to call off strike if Goa Miles is scrapped.

“GCCI, GSIA, TTAG, other people and locals support Goa Miles. People feel taxi owners are overcharging and there is exploitation using strong arm tactics and want to extract money out of Goans and tourists,” he said.

He further added, “It is not easy to scrap Goa Miles with executive orders. If they go in court and get a stay, the taxi operators will be hit permanently. Give us one month, call off the agitation. No government will act in such circumstances”.

On the taxi counter at airport, Godinho said within a week counter will be transferred to local taxi operators.

“There will be another round of talks. We know it is the duty of the government to protect the interest of local taxis,” he said.

Godinho also said that once digital meters are installed, the issues can be solved.

“The taxi owners were quite positive and ready to co-operate and have their own taxi app. Only thing they want is scrapping of Goa Miles,” he said.

Godinho also said that the installation of taxi meters will begin from May 1.