Members of Murgaoncha Raja appeal people to save shed 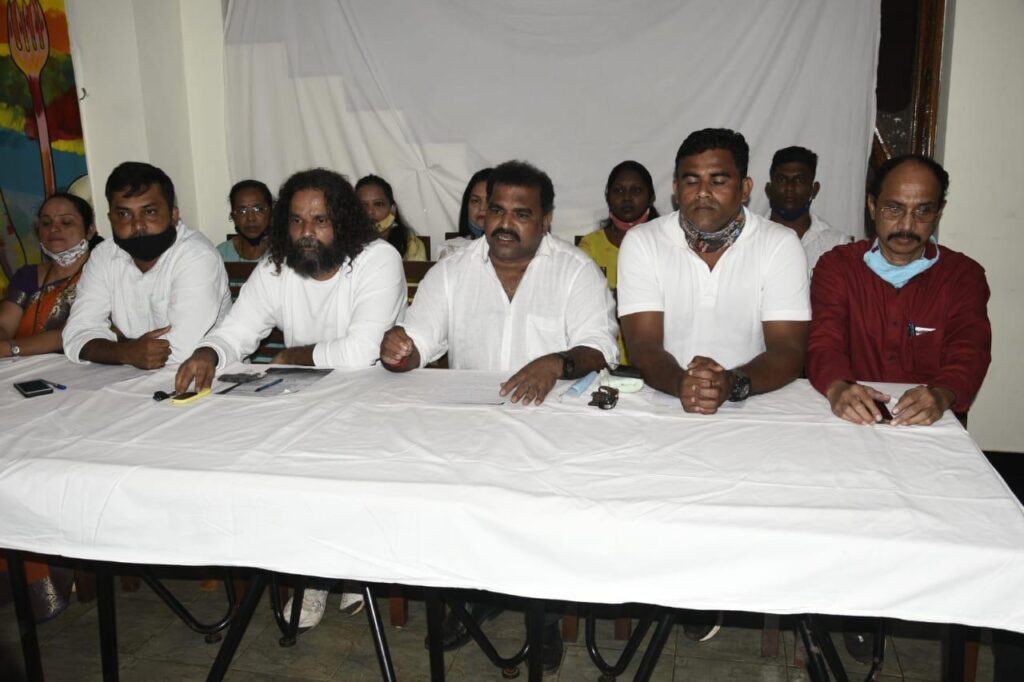 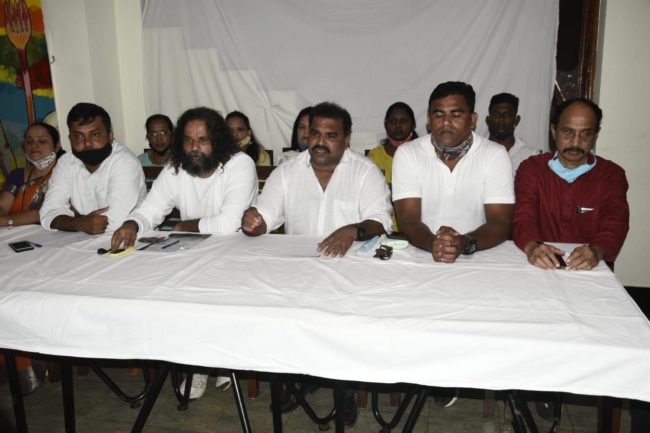 Panaji: Members of Murgaoncha Raja on Wednesday appealed to the people to come forward to save Murgaoncha Raja shed from demolition . The group members also demanded that the state government not to demolish the shed because it would hurt religious sentiments. Members alleged the role of Urban Development Minister Milind Naik in demolition for political agenda.
A member Suraj Chodankar alias Balan speaking to media said that shed that was removed for demolition was only being utilized for religious function like Ganesh Chaturthi celebrations and other functions
Chodankar appealed the people to come forward to save the shed from being demolished as many had offered prayers at the shed .
Chodankar said that great leaders like Shivaji and Shanbhaji had come forward for the safety and well being of Hindus and the BJP that claimed to be a Hindu party was out to demolish the shed.
Chodankar said that goa was a peaceful state and people celebrated all functions in harmony.
Chodankar said that high court had issued a demolition of shed while many sheds in Goa could also be demolished with court orders .
Chodankar said that shed was existing for over ten years and there was no issue but however after the members of Murgaocha Raja withdrew support to urban development minister Milind Naik, the shed was a victim of political battles.
Chodankar said that the fight began with a case in High Court and court had passed an order to demolish the shed terming it as illegal but petitioners went to the Supreme Court but Supreme Court also upheld the high court order to demolish the shed .
Chodankar appealed the government not to demolish the shed because it could hurt religious sentiments of the people of all the religions because people had faith in the religious festivals happening there.
Chodankar said that they have already begun meeting politicians and also appealed the MPT not to demolish the shed.
Shekhar khadapkar said that because there was no sarvajanik ganapati in Sada, the group of friend in Sada decided to have a Sarvajanik Ganesh since 2009.
” Since then the blzesing of lord Ganesh ensured that persons from Sada area achieved a lot of success, well being and even got many people elected to the council and legislatuve assembly including getting MLA and Ministers elected from sada area. This is not about anything but only about faith and religious sentiment. MPT can always get this shed built for us under CSR for the pollution faced by locals . Urban development minister Milind Naik has closed down all our activities including Narkasur competition. Many MLAs and Ministers have arrived to the shed in the past and no one had complained against the shed as illegal but now after ten years ,they have now decided to demolish the shed as illegal “said Khadapkar
Khadapkar said that Lord Ganesh will teach MIlind Naik a lesson and also help the aspirant candidates getting elected and once the new candidates get elected, they will get the land from MPT and re build the shed
” While many other adjoining structures have been regularised, this shed has been targeted and that the MPT was willing to give the land but was being pressurized against the decision showing that Milind Naik had a hidden agenda in the destruction of the shed ” said Khadapkar
Shankar Polji speaking to media said that MLA Milind Naik had been the main person involved in demolishing the Shed
” The area was a dumping ground which was developed into a shed for social and cultural activity but was now being used for political agenda. Politicians are not speaking about the other MPT activities that are also dangerous to surrounding people. ” said Polji
Outgoing councillor Nilesh Navelkar said that they had recieved order of demolition and alleged that Urban Development Minister Milind Naik was involved in the demolition of shed only for political purpose