Mining auction to be completed in three months: Goa CM 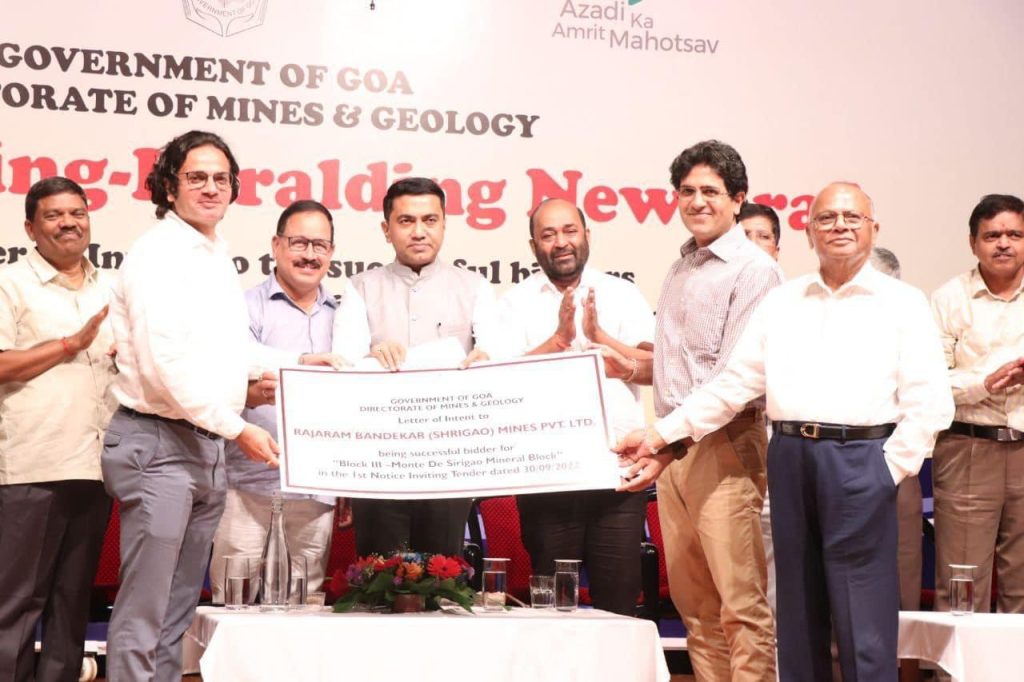 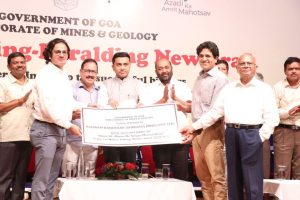 Goemkarponn desk
SANKHALI: Asserting that the State Government will complete the mining auction process of all the 86 mining leases in the State within 3 months, Chief Minister Dr Pramod Sawant said that we all have witnessed how mining-dependent people have suffered after mining was shut down in the State.
Speaking at a Reboot Mining-Heralding New Era function organised by the Directorate of Mines & Geology to distribute the grant of Letters of Intent to the successful bidders of four iron ore blocks, namely Vedanta, Fomento, Rajaram Bandekar Mines Pvt ltd and Salgaocar Mining auctioned in the first Notice inviting tender today at a Ravindra Bhavan Sankhali, Dr Sawant said Government was the only one to support the mining dependents through various Schemes by way of providing financial aid for two years to truck owners and persons who lost the job due to closure of mining. The Government also provided Rs 35 lakh for each barge owner under the State Government one-time settlement scheme, he added.
The Government has consistently followed up on the case for the revival of the mining industry in the State. The revival will provide employment opportunities in mining areas apart from providing a fillip to boost the overall economy of the State, he pointed out.
Informing that the Supreme court has granted permission to dump Mining, Sawant said the state government is formulating the policy for it. There are various types of dumps in Government and private properties and also outside and inside leases. All these dumps, which were then rejected ore will be auctioned without hampering the Environment. The Government is making all efforts to start sustainable mining in the State, he remarked.
He urged all four successful bidders to re-employ all those who were rendered jobless during the ban on mining.
“We have successfully solved the issue of Mining and Mopa airport he said and added that the ongoing Mhadei disputes too will be resolved soon. The Mhadei issue has been going on for the past 30 years. The way this issue is legally and technically handled, we will definitely win it,” he added.
MP, Vinay Tendulkar stated that a new era has begun for the mining sector in Goa, and all the credit goes to Chief Minister Dr Pramod Sawant and his Government for its success which has witnessed this historic day under his leadership today. Some people thought that mining would not start in Goa again, but with a lot of hard work by Chief Minister Dr Pramod Sawant has made this possible to begin a new era of mining in Goa. He congratulated the CM for his success and said I am confident that CM Dr Pramod Sawant will successfully get the Mhadei issue sorted too.
Minister for Social Welfare Shubash Phal Desai also spoke on occasion.
Vedanta Limited had won the bid for the Bicholim-Mulgao mining block (North Goa), and Salgaocar Shipping Company Pvt Ltd won the bid for Shirigao-Mayem Mineral Block in North Goa. Goa’s Rajaram Bandekar Pvt Ltd successfully bagged the bid for the Monte-de-Sirigao mining block (North Goa), while the fourth Block comprising Kalay Mines (South Goa) was won by Sociedade De Fomento Industries Private Limited.
Present on occasion were MLAs Dr Ganesh Gaonkar and Shri Premendra Shet, Principal Secretary Finance, Dr V Candavelou IAS, Learned Advocate General, Shri Devidas Pangam and other dignitaries.