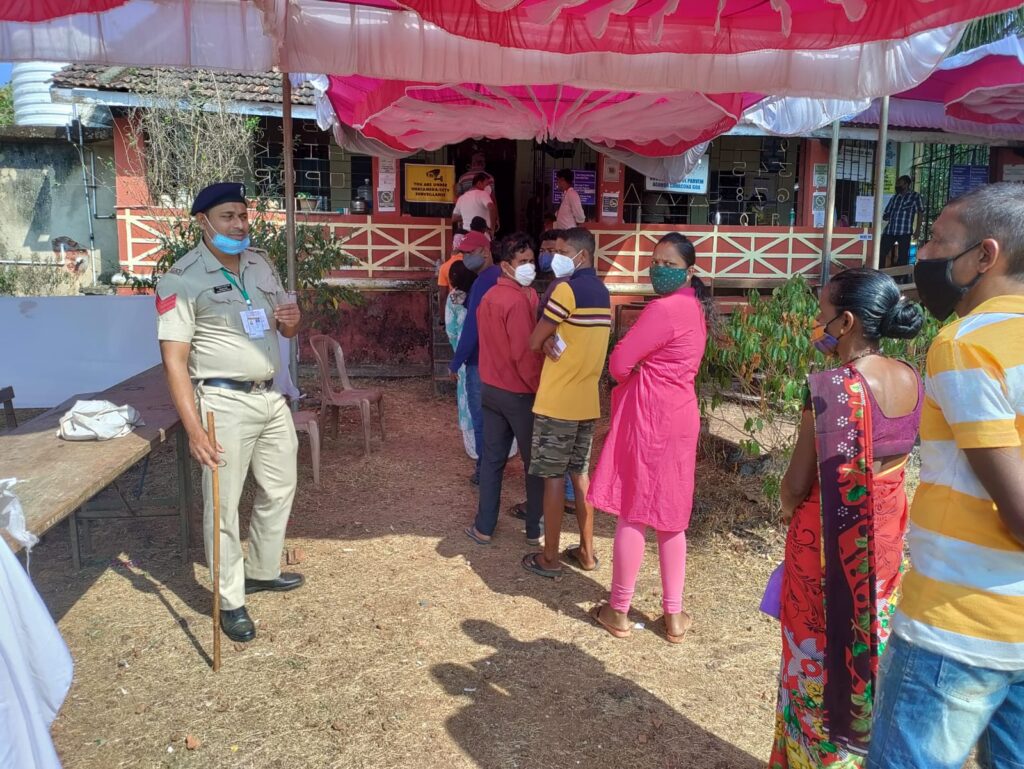 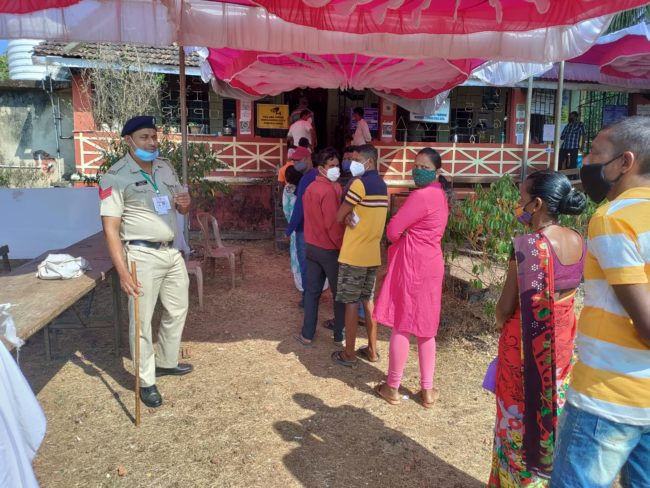 MORMUGAO: Uncertainty prevails in all four constituencies of Mormugao taluka after polling day. There have been undercurrents and wave of “change” in Mormugao taluka too.
With the polling day now and people coming out actively to vote in their respective areas on Monday, Mormugao saw 81.28 per cent voting, Vasco saw 70.52 per cent, Dabolim there was 74.89 per cent, and in Cortalim, there was 76.13 per cent voting.
This time, national political parties like the Aam Aadmi Party Indian National Congress and independent candidates were seen as dominant during election time.
It is yet difficult to tell who will emerge victorious on March 10. The dates of all candidates are sealed inside the ballot box.
In Mormugao, Congress candidate Sankalp Amonkar, BJP candidate Milind Naik and AAP candidate Parshuram Sonurlekar were prominent. The wave of change and recent exposes which took place about politicians will surely going to have an impact on the results.
In Vasco, too, one cannot undermine BJP candidate Krishna Daji Salkar nor neglect Congress candidate Carlos Almeida. Both of these candidates have their supporters and vote banks. Whether the wave of change is going to affect here is difficult to say.
In the Dabolim constituency, where once BJP MLA Mauvin Godinho was strong, he also faced strong competition in the form of Congress candidate Viriato Fernandes, AAP candidate Premanand (Babu) Nanoskar and Nationalist Congress Party candidate Jose Philip D’Souza. This time in Dabolim, there were undercurrents, and silent voting took place. Who will win in Dabolim will depend on the vote splits among the candidates.
In Cortalim, the wave of change might benefit AAP candidate Alina Saldhana and Congress candidate Olencio Simoes. Both of them have actively worked in the public domain. Other independent candidates like Girish Pillai and Antonio Vas are equally strong in their areas. Girish might get many votes in the Zuarinagar area, whereas Antonio Vas might garner votes from Velsao, Cansaulim, Cortalim, part of Sancoale, Quelossim areas since he is active in these areas. Considering all these things, it will be still difficult to derive a conclusion as to who will win in Cortalim.